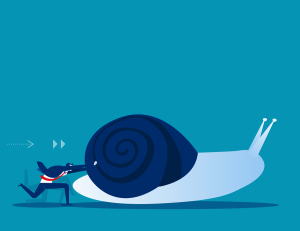 From the May 2019 issue of HealthCare Business News magazine

It’s no secret that healthcare has a history of lagging behind in regard to adopting technology that other industries adopt early. Prime examples are the barcodes and scanners in use at grocery stores since the 1960s just coming into most hospitals in the last decade or two to track IVs and other supplies, or the geofencing technology that has been used in advertising and real estate for years finally starting to appear in hospitals to improve workflow and limit theft. But why, in these days of tight budgets and cost reduction, isn’t healthcare more actively taking a hard look at technologies that could save big bucks?

“There’s lots of regulatory compliance,” said Shirley Golen, director of global healthcare strategy and solutions marketing for Splunk. Splunk’s business is to delve into machine data to make sense of it and make it usable for a variety of customers. And Big Data is another technology that healthcare has lagged behind on.

While regulatory hurdles may be something people don’t want to jump over, Golen thinks there are some other potential reasons for the slow adoption of new technology in healthcare — it’s about the individuals involved and the numerous stakeholders. “For the longest time, physicians were the be-all and end-all controlling stakeholders. But there’s a growing open-mindedness today because consumers and patients are taking healthcare matters into their own hands due to rising deductibles, which cause them to look into price transparency or the brand reputation of institutions and what they have to offer,” she said.

There’s also the fact that many of the clinicians moving into the field today represent a generational shift. For some, they don’t recall a time without technology at their fingertips and rather than familiarity breeding contempt, it’s breeding comfort, as these younger clinicians are easily able to navigate different apps and devices.

Golen does point out that the clinicians slow to adopt new technology probably aren’t against it because of (or solely due to) the stress of learning how to use the latest gadget, but more likely, because they want to keep the focus on the patient and if the technology isn’t already second-nature, it could prove more a hindrance than a help to that goal.

However, if a ramping up of hospital closures are any indication, it’s time to put that concern aside. Reimbursement pressures will continue to push the need to see as many patients as possible in a shorter period of time and provide proper treatment to eliminate or greatly reduce readmission rates. That could mean instead of tech reducing the human experience, it’ll become the only way to save it by allowing some streamlining to occur, giving clinicians valuable moments back to interact with patients.
1(current)
2

Read more stories from the May 2019 issue