Trade war forcing Philips to move production between US, China 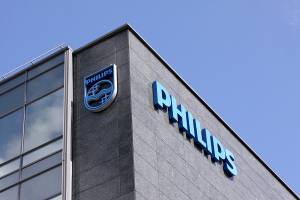 Trade wars are not so easy, it turns out. Now healthcare giant Philips is moving production around from the U.S. to China and vice versa worth "hundreds of millions" of euros, in order to escape tariffs, CEO Frans van Houten announced to the press on Tuesday.

"This is not peanuts,” he said, according to Reuters, adding that the changes slated for the first six months of the year “are serious changes to our supply chains.”

It also kept with its earlier prediction that the tariff war would shave nearly $69 million from 2019 profits.

Moreover, the conflict is dinging consumer confidence in China, which is a drag on the company's consumer sales in that nation.

The retail woes, however, are being offset as hospital demand is still strong for its professional products, and van Houten said on the earnings call Tuesday that total comparable sales growth should stay at 4 to 6 percent yearly to 2020. In fact, strong hospital demand has been evident not only in China, but in Europe and Latin America, which helped the company beat Q4 2018 forecasts – with comparable sales up 5 percent and core EBITA profits up 10 percent to 971 million euros, said the news service.

“On headline numbers, Philips reported a decent update,” ING analyst Marc Hesselink wrote in a note, according to Reuters. "Underlying, the quality of the beat was lower [as] Connected Care & Healthcare Informatics was, like previous quarters, well below expectations."

During the earnings call, van Houten expanded on the strategy behind the company's health tech “journey,” according to a Motley Fool transcript.

“Our value-creation story is built on the three key levers of driving growth in the core business, innovating solutions and driving operational excellence,” he explained.

Expanding on this, he added, “we do this with innovative solutions that deliver on the quadruple aim objectives of improving health outcomes, patient experience, staff experience, while improving productivity of healthcare. And we form stronger relationship with customers through this methodology to help them transform the way healthcare is being delivered. You've seen customers where we start with an initial long-term strategic partnership in radiology and subsequently expand into other clinical areas such as integrated patient care or vice versa. We continued with strong growth in long-term strategic partnerships.”
1(current)
2
3