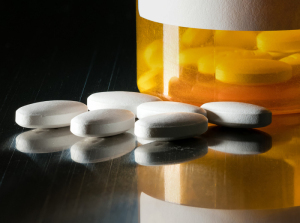 Despite a plea for leniency, noting that this was not a case of pills-for-profit, recovering addict and former University of Pittsburgh Medical Center radiologist Marios Papachristou has been sentenced to federal prison for two years.

"A probation sentence is a just a bridge too far in light of this conduct," U.S. District Judge Arthur Schwab told Papachristou.

The ex-physician had been writing Vicodin prescriptions for himself and another addicted fellow UPMC doctor, Omar Almusa.

He became addicted to the drug after a kidney infection a dozen years earlier.

He had already begun rehab before being caught and investigated by the FBI.

"My remorse long predates this prosecution," he said, according to the Pittsburgh Post Gazette.

"The only person harmed by this is Dr. Papachristou," noted Wesley Gorman, his attorney, who charged that the government used “inflammatory” language in the case.

“Dr. Papachristou, for his part, should not be sentenced as a 'pill mill' physician, a physician who traded prescriptions for in-kind favors, or an addict who victimized other addicts for his own profit," Gorman said in sentencing papers. "He wrote prescriptions to serve a personal addiction with a medical origin, he victimized nobody but himself, and then he overcame his addiction and terminated his criminal conduct before the investigation in this case.”

Assistant U.S. Attorney Robert Cessar, who runs the high-profile local team with a mission to bust doctors dealing pain pills brushed off the fact that the doctor was just feeding his own addiction – and not dealing drugs. He called Western Pennsylvania "ground zero" for the opioid problem and claimed that the two doctors, who never sold drugs to others, were the problem.

"Physicians cannot police themselves," Cessar told the paper. "That's the job of this office and this court."

Papachristou was also fined $15,000, will be on probation, and cannot practice medicine.

Almusa has yet to be sentenced.

Healthcare workers are routinely exposed to opioids in the workplace – and proximity holds risks for some.

According to the Physician Health Program, a site dedicated to addiction treatment for doctors, the scope of the problem is of “significant concern” considering the facts, as follows:

-The rate of addiction among practicing physicians is between 10 and 15 percent.
-As a result of the stigma attached to addicted doctors as well as the threat to their license and professional reputation, addiction is often advanced by the time physicians get treatment.
-Alcohol is the most commonly abused drug among physicians.
-Doctors have higher rates of prescription drug abuse (particularly opioids and benzodiazepines) than the general population.
-Suicide rates are two to three times higher for physicians than for the general population.