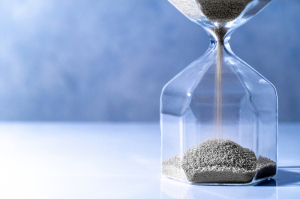 The wait for an MR scan at Mumbai's Nair hospital has gotten long – really long.

One local patient, Arun Nar, was just told to come back February 15, 2020, by the institution's outpatient radiology department, which has just one scanner, according to a report by the Hindustan Times.

Nair had to stop his treatment for constant leg pain and go home, according to his son Nishesh.

The department has routinely faced over 50 daily requests for faster appointments – and can only perform slightly over a dozen daily. One local resident physician reported to the paper that there is no apparent solution to the problem, despite how bad it makes healthcare workers feel.

One issue is that Nair is a civic hospital and provides scans at a greatly reduced rate compared with private facilities in the region – and will do the work for free if the patient cannot pay for it.

Dr. Ramesh Bharmal, the hospital dean, told the paper that appointments are scheduled with the criticality of the care in mind, and in rush cases they do make an effort to connect patients with other trust hospitals in the area so that they can still get the procedures done at the lower, civic rates.

That improves the scheduling crunch, somewhat. At Parel's KEM Hospital, appointments are now available in July, 2019, and at Sion hospital the wait is 90 days.

But the KEM machine has a bent gantry and can only handle patients weighing less that 176 pounds.

Nair made news in July, when it announced that it was seeking a new, second machine.

A man had been crushed to death by an oxygen tank in its machine in January.

Money to repair the old machine damaged by the fatal accident had been approved just a few weeks earlier.

Rais Shaikh, Samajwadi Party group leader in the Brihanmumbai Municipal Corporation (BMC), which oversees the hospital, had questioned the twin expenditures, according to the Mumbai Mirror. “The current MR machine was brought to the hospital in 2008. We were told that any MR machine’s life expectancy is not more than 10 years, that’s why Nair is buying a new MR machine for around Rs 8 crore ($1,164,240). Then what is the point in repairing the old machine at a cost of Rs 1.5 ($218,295) crore?”

In April, market researchers MarketsandMarkets predicted that the MR systems market could hit $7.09 billion by 2023, up from $5.85 billion in 2018, at a compound annual growth rate (CAGR) of 3.9 percent.

“The key factors driving the growth of this market include technological advancements leading to the increased adoption of high-field MR systems, growing geriatric population, and the discovery of new helium deposits,” according to the researchers. They added that, “the very-high-field (4T and above) MR systems segment is expected to register the highest CAGR during the forecast period. Growth in this market can be attributed to the recently (October 2017) received FDA and CE mark approval of the first 7T MR system.”