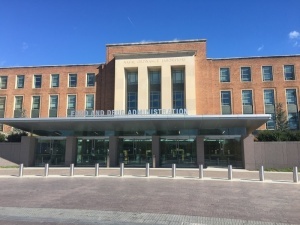 There could be changes coming to the 510(k) expedited approval process used by the Food and Drug Administration to OK medical devices.

This process lets device makers use the less demanding practice of comparing a new device to older ones on the market if they can show that it's “at least as safe and effective" as one that already was approved. It also means that the new devices may well be measured against very old technology – known as “predicate devices.”

The agency now wished to end the use of these present predicates, but also make it easier to introduce new ones, FDA Commissioner Scott Gottlieb and Center for Devices and Radiological Health Director Jeff Shuren said in a statement.

"What we want to do is constantly push the market toward incorporating better technology and better capabilities by advancing the predicates and always looking forward so the ... predicates the device companies are using as the basis of their approvals are constantly incorporating newer and better technology to make the devices better and safer," Gottlieb said Monday in an interview with CNBC's Becky Quick.

Gottlieb, a Trump appointee, has spearheaded the drive to cut regulations in order to make it easier for industry to get devices to market, according to the news site, noting that “in modernizing the 510(k) approval process, the FDA wants to nudge companies to base new products on devices that are no older than 10 years old.” And in cases of “devices and manufacturers whose products are based on even older technology,” it added, the agency could publicize the fact that they were compared to much older tech.

“The proposed 10-year cut off criteria could prove arbitrary as older predicates can offer extensive data about their performance, which helps sponsors introduce newer, safer devices,” its CEO Scott Whitaker said in a statement.
1(current)
2