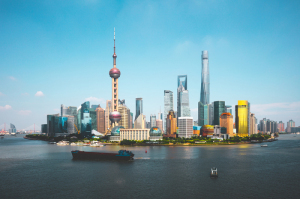 Siemens Healthineers has broken ground on the expansion of its capacities in Shanghai, according to the Global Times.

The effort, first announced in 2016, will run about $430 million (3 billion yuan), said the paper. According to Elisabeth Staudinger, president of Siemens Healthineers in the Asia-Pacific region, the new plant will be its first Asia-Pacific-based in vitro diagnostic reagent facility, the paper reported in its coverage of the plant's groundbreaking ceremony. It should generate about 500 jobs as well.

“This investment demonstrates the company’s continued commitment to address the evolving needs in the Chinese market and in healthcare markets across the globe,” Franz Walt, now retired as president, Laboratory Diagnostics, Siemens Healthineers, told ETHealthWorld when the plan was announced.

Siemens Healthineers made other groundbreaking news in October when it held the grand opening of its new Erlangen HQ, keeping alive its 140-year tradition of maintaining a presence in the city.

“When we first discussed the construction of new corporate headquarters within the Siemens Healthcare management team a good four years ago, it quickly became clear that we wanted to stay close to our roots in Erlangen. Our new headquarters shows that clusters of excellence are able to positively shape a whole region in Germany and attract follow-up investments,” Michael Sen, member of the managing board of Siemens AG and chairman of the supervisory board of Siemens Healthineers, said in a statement.

The new HQ sits only a few hundred yards away from the site of the HQ of Siemens' predecessor firm Reiniger, Gebbert and Schall. That former administration building now houses the Healthineers MedMuseum.

The HQ will be the nerve center for the managing board and other central functions, including human resources, finance, communications and marketing.

“Siemens Healthineers is a young company that also has a long tradition – and nowhere is this as clear as in Erlangen. As an independent, publicly listed company, we want to shape the future of medicine from a position of global leadership,” said Dr. Bernd Montag, CEO, Siemens Healthineers. “With our new corporate headquarters, we have created a dynamic and flexible contemporary working environment that will allow us to implement the targets we have set ourselves for our customers and partners,” he added.
1(current)
2