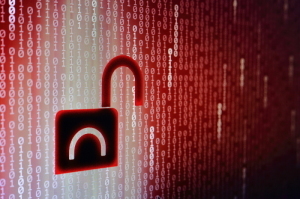 Anthem has agreed to pay $16 million to the U.S. Department of Health and Human Services, Office for Civil Rights (OCR) and take “major corrective action” over the massive 2015 electronic health records hack against it that exposed the private information of nearly 79 million people.

The company reported the breach on March 13, 2015, revealing that hackers had breached its security on January 29, 2015, by using what is called an advanced persistent threat attack.

After the initial report, it was learned that the cyberattackers had used spear phishing emails to one of its subsidiaries and that at least one employee had been suckered into responding – which opened the way for additional attacks.

OCR determined that between December 2, 2014 and January 27, 2015, the hackers made off with the protected data, including names, social security numbers, medical ID numbers, addresses, dates of birth, email addresses, and employment information.

“We know that large healthcare entities are attractive targets for hackers, which is why they are expected to have strong password policies and to monitor and respond to security incidents in a timely fashion or risk enforcement by OCR,” said Severino.

Part of the Anthem punishment is because the firm also failed “to conduct an enterprise-wide risk analysis, had insufficient procedures to regularly review information system activity, failed to identify and respond to suspected or known security incidents, and failed to implement adequate minimum access controls to prevent the cyberattackers from accessing sensitive electronic protected health information (ePHI),” said the federal agency.

If Anthem fails to follow the corrective action plan laid out by OCR, and “and fails to curb the breach,” however, the agreement is off, according to the terms of the deal.

In June, 2017, Anthem agreed to a $115 million settlement of a lawsuit stemming from the breach.

The money represented the biggest data-breach settlement to date, according to a statement from the court-appointed plaintiff attorneys from Altshuler Berzon, Cohen Milstein, Girard Gibbs, and Lieff Cabraser.

“After two years of intensive litigation and hard work by the parties, we are pleased that consumers who were affected by this data breach will be protected going forward, and compensated for past losses,” said Eve Cervantez, co-lead counsel representing the plaintiffs in the Anthem litigation, at the time.

The agreement was given final approval on August 18.

The proposed deal also requires “Anthem to guarantee a certain level of funding for information security and to implement or maintain numerous specific changes to its data security systems, including encryption of certain information and archiving sensitive data with strict access controls.”

“We are very satisfied that the settlement is a great result for those affected and look forward to working through the settlement approval process,” said Andrew Friedman, co-lead plaintiffs’ counsel, at the time.