Philly leads US cities in need of radiologists 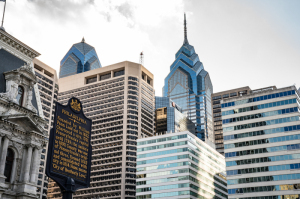 Philadelphia is number one nationwide for hiring radiologists, its local CBS news station has reported.

The ranking comes from the employment site Glassdoor, said the news site.

The job site has 107 listings for radiologists at present, so if you are looking to make the move to the city of brotherly love, check here.

There are also 218 spots for radiology technologists in Philadelphia here.

New York City has openings for 194, according to the job site; Los Angeles has slots for 124.

The shortage of radiologists is a worldwide phenomenon.

In August, a specialist group warned of looming radiologist shortages in Scotland.

“We are on red alert – there is absolutely no doubt about this,” Dr. Grant Baxter, chair of the Royal College of Radiologists in Scotland, said at the time.

“There’s a huge shortage in Scotland of radiologists, and we’re in crisis. We now have thousands of unreported scans,” he warned, adding that, “there will be patients sitting in these unreported lists who have cancer and nobody knows it. These patients may well change from having a curable cancer to having an incurable cancer.”

If the situation is not dealt with now, he added, “there simply won't be a service in the next three, four, five years.”

In September, the annual radiologist workforce report by the Royal College of Radiologists (RCR) found that an additional 1,004 full-time diagnostic radiologists were needed by NHS, due to a 30 percent rise in scan workloads – predicted to grow to at least 1,600 radiologists by 2022, should this trend continue.

“The increase in exams is mainly driven by the growth in CT and MR scanning,” a spokesperson for RCR told HCB News.

More than $134 million (£116 million) was spent last year by NHS hospitals to outsource patient scans – enough to cover the shortage of radiologists in the U.K. and pay for approximately 1,300 full-time consultant radiologists.