Stereotactic ablative radiotherapy is ushering care into a better era 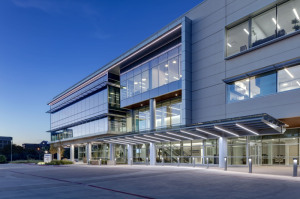 Radiotherapy is a common and effective cancer therapy. Nearly all cancers can be treated with radiation. In fact, according to the American Cancer Society, about 60 percent of all cancer patients will receive radiotherapy at some point in their overall treatment. Curative intent radiotherapy is used as the initial, primary therapy in 20-50 percent of patients, depending on the diagnosis.

Radiotherapy delivery is painless, and can be tolerated in more frail patients as compared to surgery. Yet radiotherapy has been inconvenient and costly, generally being delivered in multiple daily treatments over many weeks (e.g., 30 or more separate, daily treatments). Implementation of this protracted form of radiation was first introduced in the 1920s in a response to problems related to archaic treatment technology of the time.

Today, with improvements in technology, small fraction daily dosing is no longer an absolute requirement. It remains common, however, because of two important barriers to change: 1. Most doctors providing radiation therapy were trained to give protracted radiotherapy and have comfort with its management, and 2. Hospitals and doctors get paid effectively by the number of treatments delivered. So giving inconvenient, costly, protracted courses of therapy leads to comfortable doctors and higher revenues for radiotherapy cost centers – not exactly patient-centered care.

But the climate is changing – quickly. Pressures include both data and dollars. The opposite of protracted radiation is called hypofractionation. The most pure form of hypofractionation completes a course of therapy in five or fewer treatments and is called stereotactic ablative radiotherapy or SAbR. Some have also called this therapy stereotactic body radiation therapy or SBRT, but SAbR is a better descriptor of the potent treatment. SAbR requires the most advanced technologies to deliver large daily dosing including image guidance, intensity modulation, and rotational therapy capability. Therefore startup costs are higher.

SAbR was first introduced in the 1990s and initially used at larger academic centers having such equipment. But now these capabilities are widespread. Particularly, younger doctors, fresh from residency, have been trained to use SAbR and are comfortable with its requirements and management issues. SAbR is more potent than historical, protracted radiotherapy with local control of targeted tumors on par with best surgery. Also as with surgery, misguiding this potent therapy can lead to severe normal tissue injury. Hence, competency and training in conjunction with modern technology is essential for safe, effective treatment.
1(current)
2
3