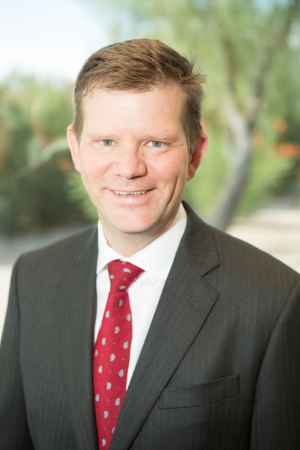 While “contagious” isn’t usually a positive term in healthcare, this is an exception. When Dr. James Whitfill, incoming chair for SIIM, spoke about some of the work he’s done, as well as some of the work SIIM is doing, his excitement and enthusiasm was contagious.

HCB News: What inspired you to get involved in healthcare?
James Whitfill: I think there were probably a couple of inspirations. As a child, my father was an internal medicine physician like myself. So I had a very strong role model. He was in practice by himself, which is almost a bygone era of medicine, but I saw the relationship he had with his patients. As I got older, what I began to really enjoy about healthcare is that it’s a melding of science and art. While we’d like to think that there’s a lot of science in what we do – and there is some – there’s a tremendous amount of art involved when you’re working with patients. Particularly when you’re working with people who are sick and afraid, and oftentimes suffering tremendous pain.

The ability to pull together my love of data and science and all those parts, but also being able to sit with people when they’re going through some of the biggest events in their life, has always been a big inspiration for me in healthcare.

When I went on to college, one of the difficult things is that you have to start investing in that career many years before you realize what that career entails. I thought there was a chance I’d go on to medical school, so I started taking the requisite classes, but I also thought deeply about studying English literature. I really enjoyed the intellectual exercise of that. The work involved of bringing new ideas to old ideas. At that point, I had to make a decision. I felt like in healthcare, there were more opportunities to do many different things going forward.

HCB News: How did you get involved with SIIM?
JW: I’ve had a very unconventional or dynamic career path. I went to University of Pennsylvania for med school and stayed there for internal medicine. While I was doing my residency, I was doing some research with a geriatrician on a collection of patients living in area nursing homes. He was trying to see if there was a relation between nutritional intake and clinical outcomes. He was storing all the info in a shoebox. I was looking for a mentor and I think he was looking for someone to organize his research, and he told me I could start by organizing the data. I was familiar with Microsoft Excel, but I thought this needed more. I talked to some of my colleagues from college that had gone off to management consulting and investment banking, and seemed to know a lot more about the world. They said, “Oh, you need a database to track all that.” I literally went to the university store, bought Microsoft access, and taught myself, and created a system for organizing all the data. I found that I loved it. It was super exciting to have the ability to bring a tangible analytic tool to see who was going to get sick, and test these hypotheses. At the time, in our hospital, all the charts were on paper. I think we had a computer terminal for looking up labs and radiology, it really wasn’t much. But nonetheless, I decided to do a fellowship in informatics and I was the first MD at Penn to do that in the department of internal medicine.
1(current)
2
3
4

Read more stories from the May 2018 issue

Three ways telehealth will get better in 2021