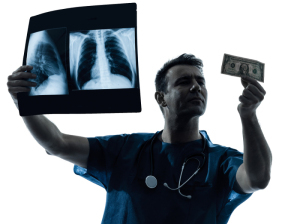 The findings revealed that the U.S. spends about twice as much as other countries on medical care and that the cost of medical imaging is a major driver.

Relative to population, the U.S. was found to have the third most CT scanners and second most MR scanners, (Japan had the highest ratio of each). The lowest per capita rate for both MR units and CT scanners was in the U.K.

According to the JAMA study, the U.S. performed the second highest rate of MR scans and the highest of CT scans per capita — and the costs associated with these scans were significantly higher.

AMIC claims that these findings do not accurately portray the state of medical imaging in the U.S. because the study focuses narrowly on the commercial market.

“The JAMA report does not provide a full picture of medical imaging in the United States or address the value these lifesaving medical imaging services, like CT and MR, play in the diagnosis of disease when it is at its earliest, most treatable stages,” Tim Trysla, executive director of AMIC, said in the statement.

Trysla added that AMIC supported federal legislation in 2014 that mandated that physicians consult with appropriate use criteria (AUC) in the Medicare program. He expects that full implementation of the Protect Access to Medicare Act AUC program in 2020 will ensure that Medicare patients will be diagnosed with the proper imaging study when necessary.

HCB News reached out to AMIC to get further clarification on why it considers the study misrepresentative, but the organization declined to comment.