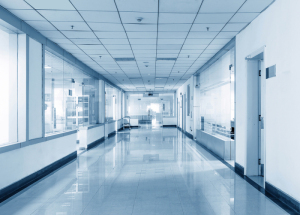 From the April 2018 issue of HealthCare Business News magazine

When HealthCare Business News interviewed Dawn Cram, there were a number of questions planned. But the first question, asking where encounter-based imaging stands today, was almost all it took to have an article’s worth of material.

“You’ve just touched on one of my favorite topics. I can speak on this for hours!” Cram replied.

Cram is the IS director, enterprise imaging at Ochsner Health System. For the last few years, she has presented at HIMSS and SIIM on this and other topics. While the interview ran just under an hour, she still provided a wealth of information and thoughts about encounter-based imaging versus order-based.

Cram said it wasn’t the case in every instance, however. Maybe some additional ultrasound was done that wasn’t a part of the original order, for example.

“Can that be an encounter-based imaging exam? It depends. It depends upon a lot of factors. You have billing that’s a factor...maybe some other issues. Ultimately, it’s important to ask what works best for your environment, for your organization.”

She says a provider might bill against an imaging exam that’s done under an encounter-based workflow – if they have it built in. But the need isn’t too great in cardiology and radiology because the physician controls the primary workflow by ordering the study that the department fills.

“So order-based filling is refined in radiology and cardiology. When you go into other enterprise specialties like neurology or dermatology, or even ophthalmology in some cases, maybe you use encounter-based imaging.”

“You may have a doctor using a smartphone to take images for trauma documentation,” she said. “What are they doing? They’re taking it with their smart device and then scanning it or uploading it within their EMR or document management system for retention.”

The problem is what happens after it’s entered into the system. There’s no information associated with it. It’s just a photo.

An example would be a dermatology patient. On a previous visit, the patient had images taken of three moles. Six months later, the patient returns with concerns that one of the moles has grown. If the indexing was done, the physician can pull up “left forearm mole” to do the comparison. Or, they search through a number of images and hope that the one they need actually exists.
1(current)
2
3