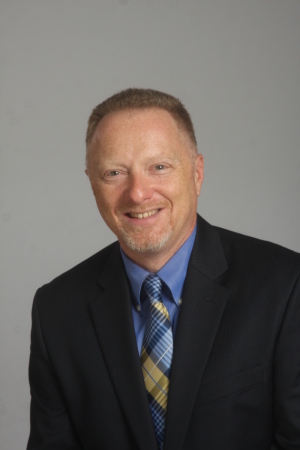 Dr. David Knoepfler has a unique background for a health care provider.

He was involved in the tech industry before Bill Gates or Steve Jobs were household names. And it was that background and that hardwired way of looking for solutions that have served him and Overlake so well. It’s a quintessential story of “hometown boy makes good.”

HCB News: What inspired you to pursue a career in health care?

DK: I wasn’t one of those who finished sixth grade and decided I wanted to be a doctor. My father was a doctor and as often is said, that was a negative influence rather than a positive one. I went into college and graduated in the early ‘80s when the computer industry was taking off. I started my career as a programmer for testing equipment in the aircraft industry, found it monotonous and moved to the department of bioengineering at the University of Washington. That was where I was reintroduced to health care biology and learned how information systems could interface with research and even care. That was the transition point that led me to apply to medical school.

HCB News: What drew you to Overlake?
DK: Bellevue and Puget Sound’s eastside cities are hardly little suburbs anymore, and despite the fact that we are now a region approaching 1 million, it still really feels like home. In addition, the Seattle area, like the Bay Area, is a mecca for high tech. Being in my home community and the fact that technology and world-class health care are such big parts of Seattle, was a great combination for me.

HCB News: One of your experiences was in developing and implementing Overlake’s EMR system. How long ago was it implemented?
DK: We went live with EPIC in May of 2013. We, like many institutions, were using our EHR for billing purposes and really just to hold information rather than a useful tool in terms of being an interactive system designed for the safer delivery of care. Additionally, we didn’t do documentation or place orders in the system, so we took a step back and analyzed where health care was going as well as the drivers for putting in the EHR systems. We spent a year evaluating our options and choosing EPIC for our big bang implementation. Ultimately, it was a transition from a paper documentation system to 100 percent electronic and achieving HIMSS Stage 6 and a “Most Wired” designation from the American Hospital Association for three years straight.

HCB News: What takeaways did you gain from that experience?
DK: Use big quotes: “Change management is hard,” and there are so many layers to that statement. Looking at providers, we had a medical staff of 1,100 and they were 90 percent independent and 10 percent employed. So it entailed working collaboratively with the provider community to help them recognize the value of the EHR and that this was a real win from the patient standpoint. Having access to information and using that information to guide care were the ultimate goals. For physicians, money isn’t the scarcest commodity, it’s their time. Therefore, the key was collaborating and to help them understand that although most EHR systems will not save them time, the focus on enhanced patient care via the EHR was a huge win. We worked to get them engaged in the process of design and build and paid them for their time.
1(current)
2
3