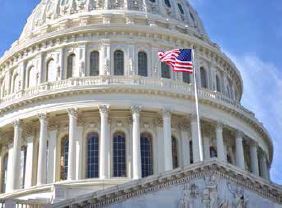 From the November 2017 issue of HealthCare Business News magazine

On Jan. 1, 2018, the suspension of the medical device excise tax expires.

This means that starting Jan. 1, 2018, any medical device sold in the U.S. will require a 2.3 percent excise tax paid on it by the selling entity. Because of the way the medical device tax is structured, the tax must be collected and paid to a lockbox at the U.S. Treasury Department every two weeks. So, versus an income tax that is paid at the end of the year, this is not a tax that can be retroactively repealed by Congress without a substantial negative impact on medical device companies, immediately at the start of 2018. This is one of the reasons that Congress must act before Dec. 31, 2017, to repeal the medical device excise tax.

Before the medical device tax was suspended by Congress in late 2016, with bipartisan support, it caused job losses in the medical device industry. These were good paying jobs at a level which can support a family, buy a house, pay for college and save for retirement. The U.S. medical technology industry saw its job ranks fall by nearly 29,000 while the medical device excise tax was in effect, according to the latest figures from the U.S. Department of Commerce. From 2012 to 2015, the number of U.S. medtech jobs declined from 401,472 to 372,638, a loss of 28,834 jobs or a 7.2 percent decrease for the period.

Let’s look specifically at the impact of the medical device tax on companies in Washington state, the research and development mecca for ultrasound systems which ships to medical facilities all over the world. Medical imaging companies with offices and facilities in Washington state employ over 12,000 people in the state with an average salary of $100,000. The 37 medical imaging technology firms in the state produce an annual direct economic output of $1.8 billion.

In the House of Representatives, H.R. 184, the Protect Medical Innovation Act of 2017, led by U.S. Rep. Erik Paulsen (R-MN) and U.S. Rep. Ron Kind (D-WI), has 259 members of Congress as cosponsors and would repeal the medical device tax on sales after Dec. 31, 2017. In the Senate, the legislation is led by Sen. Orrin Hatch (R-UT) and Sen. Amy Klobuchar (D-MN) as S. 108 and it has 14 senators as co-sponsors. However, there needs to be an effort to have this legislation taken up by both houses of Congress, passed as either stand-alone legislation or as part of a large package, and signed by President Donald Trump by Dec. 31, 2017.

Members of Congress recognize the impact of this tax on their constituents, both patients needing access to medical devices and diagnostic tools used in providing high quality care, and hundreds of thousands employed by the industry. The list of items Congress needs to address is long, however. Even with this level of support there are no guarantees, so there is a critical need to keep reminding Congress that intervention is needed. This is where all those who care about and support the medical device industry come in.
1(current)
2

More View from the Hill