MR elastography can replace a piecemeal approach to liver health

MR elastography can replace a piecemeal approach to liver health 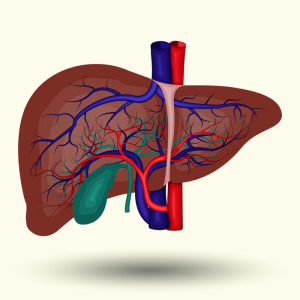 From the October 2017 issue of HealthCare Business News magazine

MR elastography (MRE) has seen an increased role in noninvasively staging liver fibrosis since its introduction in 2009, with demand for the technology surging in 2017. Now, with multiparametric MRE on the horizon, radiology may soon offer a more efficient, comprehensive clinical pathway for liver health assessment.

For years, the gold standard for assessing advanced liver fibrosis – which is the primary clinical indication for initiating therapy in most liver disease patients – had been liver biopsy. Costly and uncomfortable, the accuracy of this invasive test is limited by the fact that it assesses only a small sample of liver tissue. The accuracy of ultrasound-based methods such as transient elastography is also affected by limited sampling volume and a high failure rate in obese patients. When magnetic resonance elastography (MRE) was introduced clinically nearly a decade ago, patients looking for more confidence in their diagnosis were eager to learn more. For the first time ever, they could see the degree of fibrosis across their entire liver, all without pain.

Background
Approved by the FDA in 2009, MRE was once only available as an add-on for new scanner purchases. However, since the major MR vendors (GE Healthcare, Siemens Healthineers, Philips) started offering MRE as an upgrade for older machines as well, the availability of MRE has skyrocketed. According to the manufacturer Resoundant Inc., there are now over 800 clinical MRE installations worldwide, with over 300 in the U.S. alone.

Technically speaking, MRE is an entirely new imaging modality, as it represents a quantitative technique for measuring the mechanical properties of tissue. Since many diseases can alter the stiffness of tissue in different ways, MRE uses very low frequency sound waves to create tiny movements in the tissue or organ being studied. As the sound waves pass through the region of interest, a special MR algorithm then analyzes the movements to determine the overall stiffness of the tissue being studied. The result is a color-coded map, called an elastogram, of the organ or tissue being studied, where blue/purple areas correspond to soft tissue and orange/red areas correspond to stiff tissue. In general, I find it to be one of the most intuitive and patient-friendly results to include in my report – especially when it adds virtually no additional time in the scanner for the patient.

MR elastography for liver fibrosis staging
Over the past 10 years, as the burden of chronic liver disease has exploded, there have been well-documented strengths and weaknesses among the noninvasive options for staging liver disease. Blood serum-based markers generally lack the sensitivity required, especially at moderate levels of fibrosis. The same is found for ultrasound-based elastography techniques, whose performance also becomes suboptimal in obese patients and those with ascites. Because payers often require multiple strategies before approving liver therapies, clinicians have often come to rely on a combination of tests to assess liver fibrosis stage – resulting in a piecemeal approach to diagnosis where costs and inconvenience to the patient can quickly grow.
1(current)
2
3
4