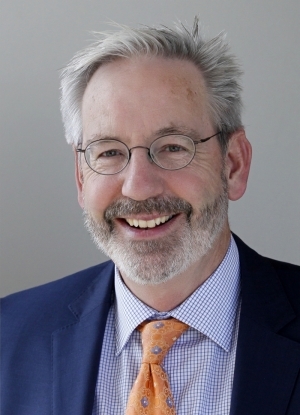 HealthCare Business News connected with Joachim Schäfer, managing director of Messe Düsseldorf, to learn more about fast-approaching MEDICA 2017. Here’s what he had to say.

HCB News: I understand that MEDICA is seeing an increase of attendance from developing nations – particularly Asian countries. Roughly, what percentage of attendees come from developing countries and how much has that number increased?
Joachim Schäfer: Over 15,000 trade visitors from Asia, more than 4,300 from the African continent and 3,200 from South and Central America attended MEDICA 2016. A great number of prominent delegations were among these attendees. The number of international visitors has increased consistently over the last few years. Sixty percent of our visitors currently come from foreign countries. This impressive figure is evidence of MEDICA’s leading status worldwide.

HCB News: There has been a lot of political turmoil around the globe over the course of the past year, including countries that are typically stable. Has that impacted attendance or exhibition at this year’s show in any way?
JS: Political unrest, and specifically restrictions in trade policies, present obstacles for all industries and threaten to hinder growth. Overall, however, the health care industry has proven to be stable and a driver of growth globally. Europe and the U.S. are still the main export countries for medical technology companies. Based on the registration numbers, we expect over 5,000 exhibitors from 68 nations to attend again.

In addition to the traditional target markets in Europe and North America as well as Japan, service providers are also focusing on threshold countries despite various uncertainties there. As wages rise in threshold countries, the people are more willing to spend more on health care. An increase in diseases and illnesses relating to prosperity and a rising life expectancy in these countries has also created a further need for medical products and modern therapeutic procedures. The significant increase in visitors and exhibitors attending the medical trade fairs organized by the Messe Düsseldorf Group in continental markets which offer huge opportunities - Medical Fair India and Medical Fair Asia deserve to be mentioned here, among others - demonstrate the attractiveness of the key markets for medical technology and good business prospects there. This is particularly true of the strong, innovation-oriented, privately financed sectors of outpatient and inpatient care.
1(current)
2
3
4

GE to boost ventilator production amid surge in coronavirus patients

ESR to sue Vienna and Austria over postponement of ECR 2020