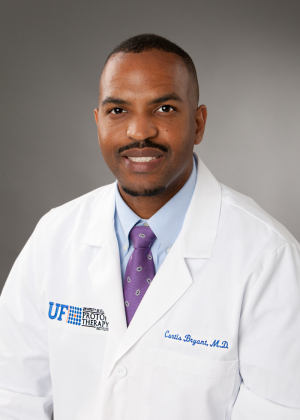 Interest in proton therapy (PT) in the management of head and neck cancer has recently increased in the U.S.

Recently published retrospective studies have confirmed that proton therapy reduces the risk for acute and late side effects experienced by patients with head and neck cancer when compared to IMRT. Additionally, in a study published by principal investigator Dr. Roi Dagan from the University of Florida, patients with head and neck cancers in the sinuses or nasal cavity suffer from fewer vision problems after proton therapy, and may also have superior tumor control rates when compared to IMRT.

Although proton therapy shows great promise, because of its high expense, most head and neck cancer patients do not have access to the technology when initially diagnosed. Despite recent growth, relatively few proton centers exist when compared to IMRT-capable radiation therapy centers. This slow growth has four main causes, including: the considerable capital investment needed to start and maintain a proton center; a lack of level I evidence supporting the comparative effectiveness of proton therapy to IMRT; the inability to gauge proton therapy’s cost-effectiveness, which has led to inconsistent insurance coverage; and a lack of buy-in from policymakers and organizations that set practice guidelines for the management of head and neck cancer.

Steps to make proton therapy more available include the work put forth by many stakeholders. First, companies including IBA, Mevion, Varian and ProNova have worked hard to reduce the cost of building a proton therapy unit for radiation therapy practices. Units can now be purchased for a fraction of the cost needed for development in the 1990s and early 2000s. This has allowed for proton centers to be developed in smaller cities and outside of traditional academic centers, which has improved access to care. With this, the number of proton centers has tripled in the last five years in the U.S., and this exponential growth will likely continue as costs continue to fall. In the future, better access to care will result from more proton centers being developed around the country.
1(current)
2