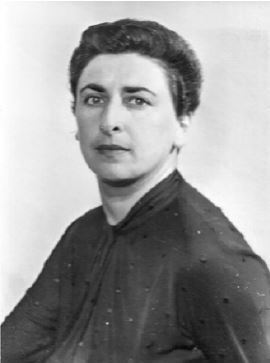 Elizabeth Stern
From the August 2017 issue of HealthCare Business News magazine
The word “cancer” can be traced back more than 2 millennia to the Greek physician Hippocrates (who’s more famous for the Hippocratic oath).

Hippocrates used two terms, carcinos and carcinoma, to specify non- and ulcer-forming tumors. It would be the Roman physician Celus who would translate the Greek term into “cancer,” the Latin word for “crab, more than 300 years after Hippocrates’ death

Celus lived and died more than 2,000 years ago. When taken from that perspective, with the fact that cancer had a name and a medical history that first shows up in Egyptian records more than 3,000 years ago, it almost seems shocking that there’s still so much to learn. Fortunately, brilliant minds continue to put forth the effort in the hopes of one day defeating this enemy that has plagued humans as long as the species has existed. Elizabeth Stern can definitely be counted among those brilliant minds and her contributions to medicine are positively noteworthy.

Stern was born on Sept. 19, 1915, in Cobalt, Ontario, Canada. At the age of 24, she earned her medical degree from the University of Toronto. The following year, in 1940, she moved to the U.S. to further her studies at the Pennsylvania Medical School. She married chemist Solomon Shankman in 1943 and became a U.S. citizen. As one of the earliest medical professionals to enter the field of cytopathology, she continued her studies and research at the Good Samaritan and Cedars of Lebanon hospitals in Los Angeles before accepting a teaching position at the UCLA School of Public Health in 1963. After two years, she was promoted to full professor of epidemiology and it was in that role that she would take her work to new heights.

Stern focused much of her early career on studying cervical cancer and fully committed her professional life to understanding its causes and spread within the body. Through her research, she made a number of discoveries and published numerous papers and also was a regular presenter and lecturer.

But her most notable work, and what stands as a testament to her brilliant mind and meticulous research, is the work she did that identified 250 stages of development that cervical cells go through on their way from being healthy cells to cancerous. This work helped the medical community better understand the fact that early detection could save lives. This understanding led to the development of diagnostic and screening techniques to catch cancer at early stages, including the pap smear. Cervical cancer patients benefitted from these efforts since their type of cancer is typically slow to develop and, when detected at an early enough stage, is often treatable by excising the abnormal tissue. Prior to Stern’s work, cervical cancer was rarely caught early enough for successful treatment.

In a dark twist of fate, all of Stern’s knowledge about cancer couldn’t save her from succumbing to the disease herself. In the 1970s, she was diagnosed with stomach cancer and was started on chemo. She continued to work on her research through the late 1970s, helping to gather knowledge to combat the enemy that ultimately took her life on Aug. 18, 1980.