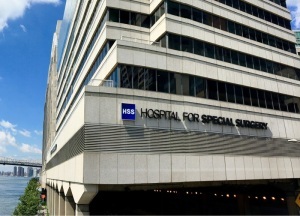 From the August 2017 issue of HealthCare Business News magazine

When Hurricane Sandy blew into New York City in November 2012, it was an unprecedented event.

The largest and most destructive storm the city had ever experienced, Sandy brought 80-mile- per-hour winds and produced massive storm surges. Battering winds and water caused heartbreaking devastation in the city, including 43 deaths. Nearly 90,000 buildings were in the “inundation zone,” almost 2 million people were left without power for days and damage estimates were close to $19 billion.

According to a city government report, a total of “51 square miles of New York City flooded, 17 percent of the city’s total land mass.” Officials called it a “virtual onslaught of water” that exceeded the 100-year floodplain boundary projections by 53 percent.

Many parts of the city’s vital infrastructure were severely impacted. Along with the power outages, New Yorkers had to deal with gas shortages, telecommunications outages (phone, wireless, cable and Internet) and disruptions in major transportation systems including the subway, train and ferry service.

The city’s hospitals were under tremendous strain. Six were closed altogether — four in Manhattan, one in Brooklyn and one in Staten Island — and some 6,500 patients (from hospitals and nursing homes) had to be evacuated. Those facilities that remained open struggled to maintain normal services, and did so due to the heroic efforts of staff who diverted or pumped out water and used generators to keep the power on.

Located near the East River, literally right over water, Hospital for Special Surgery (HSS) was vulnerable, but fortunate. The prestigious hospital, which attracts orthopedic patients and professional athletes from around the world, was just steps from encroaching, unpredictable flood waters.

“Just after the storm, our basement area was only a few feet away from the river coming into the hospital,” said Jason Vanrell, director of technical operations for HSS.

Of particular concern was the fact that the hospital’s nerve center — its operator bank and building alarm system — was located in the basement. A flood in that area would have knocked out the communications system for the whole hospital, and all the building alarms.

“There was a single alarm panel in the basement monitoring multiple systems, including gas and fire. It required operators to get up from their station and walk over to identify the alarm and then look up the right person to page,” said Vanrell. “If flood waters had made that area inaccessible, many of our vital systems would have been inoperable.”
1(current)
2