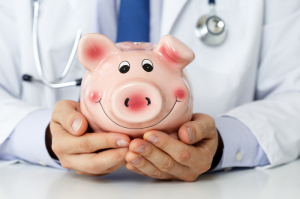 From the June 2017 issue of HealthCare Business News magazine

As health care costs continue to skyrocket, oncologists are looking for ways to effectively treat their patients without the added burden of enormous medical bills.

According to the National Cancer Institute, the U.S. spends approximately $157 billion on cancer care per year. In 2014, spending on oncology medication surpassed $100 billion worldwide. As patients are footing the bill for more of their medical expenses, they are increasingly aware of these escalating costs. According to a survey by Premier, Inc., 56 percent of C-suite hospital executives plan to invest more in cost-cutting avenues to meet patient demand.

Despite the exorbitant price tag, traditional cancer screenings and therapies are often ineffective or unnecessary. Cancer screenings may involve the potential for serious complications (perforation with colonoscopy) or result in false positives, which unnecessarily lead to anxiety and further invasive testing. Chemotherapy and radiation poison the body and may eventually lead to heart problems, lung disease and increased risk of other cancers, among other conditions. These treatments and diagnosis tools are decades old and do not utilize the significant genetic knowledge and data we have gathered in recent years. In effect, radiation and chemotherapy is a “throw everything against a wall and see what sticks solution,” rather than a personalized and targeted approach.

As patients demand less invasive and less costly diagnosis and treatment, innovators in the health care system are turning to precision-based medicine. By targeting the specific genetic abnormalities that cause cancer, precision medicine can diagnose and treat with much greater accuracy. In a study of juvenile brain cancer, researchers discovered that 56 percent of the tumors studied had genetic abnormalities that could influence how the disease was diagnosed or treated by drugs already in the market or in clinical trials. Research and testing using new technology have been successful in clinical feasibility studies reporting > 90 percent accuracy in diagnosing impacted males.

Unfortunately, the insurance industry has hesitated in covering some of the genetic tests available. This may be because precision medicine is often made from biological materials instead of synthesized chemicals, which makes it more expensive to initially develop. But, as precision medicine becomes part of the standard of care over the next five years, that is likely to change.
1(current)
2