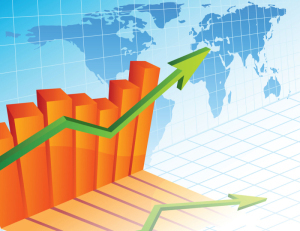 From the March 2017 issue of HealthCare Business News magazine

Proton therapy is not new. In 1946, the Harvard physicist Robert R. Wilson published his first paper on the radiological use of fast protons. In 1954, the first patient was treated with protons at the Lawrence Berkeley National Laboratory in California. However, since then, the high cost of equipment is still limiting the spread of this technology.

The global particle therapy device market (mainly proton therapy devices) reached $750 million in 2015. The market growth has accelerated during the last five years, showing an average annual growth rate of 19 percent from 2010 to 2015. For the first time, the proton therapy world market is anticipated to reach over $1 billion in 2018, one year sooner than previously estimated. It is projected to reach between $3.5 billion and $6.6 billion by 2030, with 1,200 to 1,800 particle therapy treatment rooms open to patients worldwide.

The particle therapy market has been very active during the last two years, with over 90 particle therapy treatment rooms ordered in 2015 and 2016 worldwide, representing a total value of over $1.7 billion. Even if orders declined by about 20 percent in 2016 versus 2015, one can consider this a transient situation due to long sales cycles for such capital equipment. Some 15 companies are active in the particle therapy industry globally, and most of them already have, or are developing, a compact proton therapy system. Also, several newcomers have recently started the development of original equipment and should enter the market in the coming years. In addition to proton therapy, there is also an increasing interest toward carbon therapy with the emergence of several projects in a few countries as well as new and existing companies willing to enter this market segment.

At equal investment levels, proton therapy would probably completely replace conventional radiotherapy in a large number of indications. Although the present issue is not related to the technological limitations, given that almost all improvements developed for radiotherapy could be adapted for proton therapy, it is clear that the difference in acceptance is a health care economic issue. For the patient who can afford this technology (reimbursed or privately paid), proton therapy offers obvious advantages, both short-term (quality of life) and long-term (side effects) despite incomplete clinical evidence for some indications. Patients have understood the differences and advantages of proton therapy and will definitely become the driving force for acceptance of this technology, which may take another 10 to 15 years.

The proton therapy market is emerging and is becoming a real part of the global radiotherapy world.