The big question: Where is deconstructed PACS going? 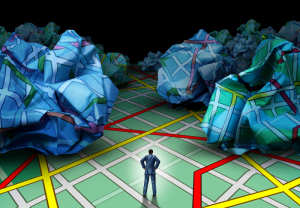 From the January 2017 issue of HealthCare Business News magazine

What is deconstructed PACS?
The concept of deconstructed PACS was introduced a few years ago. This was after the vendor-neutral archive (VNA) had established its foothold in the medical imaging market and the universal viewer was introduced to image-enable the growing number of electronic medical record systems. At that point, we were witnessing the arrival of significant new data management and exchange features (VNA) and highly performant display capabilities (universal viewer) that contrasted sharply against the lumbering old technology represented by the turnkey PACS solutions. It was a natural step for the early adopters to consider pairing their existing VNA and universal viewer with other best-of-breed components to build a “next generation” replacement PACS for radiology.

Deconstructed PACS is simply a semantic variation of best-of-breed PACS. The former descriptor stuck, most likely because the latter did not make an appealing acronym. Deconstructing a turnkey radiology PACS solution into its major components results in five components: Acquisition/QC; Workflow and Worklist; Diagnostic Display; Data Management (Archive); and Clinical Distribution and Display. Many of the early adopters recognized that they already had a superior archiving solution in their VNA.

They had a superior clinical viewer in the universal viewer that image-enabled their EMR, and in some cases, they had (at least) acceptable workflow/worklist capabilities in their EMR, or superior capabilities in a standalone workflow/worklist application. If one recognizes the image acquisition capabilities of the VNA, these early adopters were only one component shy of a higher-performing and more feature-rich replacement radiology PACS than what was available as a traditional turnkey PACS solution. All they needed was one or more specialized diagnostic display applications that they could integrate with the components already on site and they had their replacement PACS.