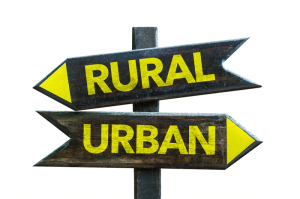 From the December 2016 issue of HealthCare Business News magazine

Sitting just under two hours north of Detroit in Sandusky, Michigan, McKenzie Health System has different needs than its urban counterparts to the south. Three years ago, hospital leaders decided to take some new approaches to handle the challenges faced by rural facilities, such as keeping up with the high costs of new technology and attracting physicians to a more remote part of the country, where the sparse population skews toward older and poorer.

In October 2013, McKenzie Health System finalized an affiliation with Marlette Regional Hospital, another critical access hospital located about 30 miles away. The two facilities operate under one parent organization, sharing resources, making group purchases and offering more to talented specialists. “Instead of becoming part of a big urban system, we wanted to continue to deliver the type of health care that people were used to,” says Steve Barnett, president and chief executive officer of McKenzie Health System. “An urban system might stamp their delivery model on a rural community, and it might not be what the community needs.”

As rural hospitals continue to close — at least 15 in 2016 and more than 70 since 2010, according to the North Carolina Rural Health Research Program — challenged facilities have had to adapt by merging and changing how they deliver health care. Aside from the merger, McKenzie Health System has also taken an aggressive role in changing how it provides care. For three years, it has been part of the National Rural Accountable Care Organization, with a focus on value instead of volume, following the trend in health care nationally. McKenzie Health System also redesigned the staffing model four years ago so that emergency department physicians also function as hospitalists, providing more consistent care to patients who are hospitalized. In some ways, being a rural facility has advantages.

“We have the distinct advantage as small rural critical access hospitals of being able to adapt to the health care delivery environment more quickly than a larger organization,” Barnett says. “We can test different process changes that target a particular outcome measure. If it works, great. If not, we can quickly adjust.”
1(current)
2
3
4