This Month in Medical History: Dr., not Ms. 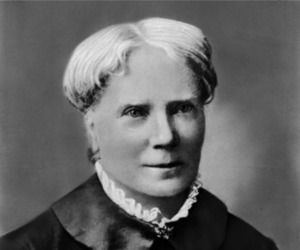 While there are still plenty of glass ceilings for women to break through, in 1848 one more shattered. It was in that year that Boston Female Medical College opened its doors. It was the first college created to train women in the medical field. The year prior, Elizabeth Blackwell became the first woman in the United States to attend medical school, so changes were happening fast.

There were women serving as family doctors before Blackwell enrolled in medical school, but those women faced significant challenges. Among the challenges was the severe lack of educational opportunities. Much of the learning had to occur through medical literature or by hands-on experience — neither prospect particularly reassuring to patient or physician. While men would exchange ideas and pick up new methods and schools of thought through lectures, women were barred from attending.

So with that back story, the step to make a medical college exclusively for the education of women was revolutionary. Yet there were still shortfalls with the new college. For one, while the college was established in 1848, and officially recognized by the Massachusetts Legislature on April 30, 1850, the physical location was less than inspiring.

The first courses were held in the home of Dr. Winslow Lewis. The inaugural class welcomed 12 women, traveling to the college from Ohio, New York and from across New England. Two years later, all 12 would graduate with medical degrees. Among the graduates was Rebecca Lee, the subject of a previous This Month in Medical History. Dr. Lee was the first African-American woman to become a doctor in the United States.

On May 27, 1857, the college’s name was changed to New England Female Medical College. In 1870, after 22 years of being a college — at least in name, if not location — a building was designated as the physical college. For the first time in more than two decades, students attending the college would have an actual college to attend. Although that update was slow in coming, the next change happened quickly by comparison. In 1874, the college merged with Boston University School of Medicine.

Lest it be misconstrued that the founding of the college occurred during enlightened times or in a particularly open-minded environment, some facts should be made clear. True, Dr. Lee’s education and degree were monumental accomplishments for the time, but she and the other graduates were meant to be limited in the scope of their work. The public at large was supportive of the college because there was a drive to teach nursing and mid-wifing to women in order to treat other women and children, groups that were looked upon as a lower social class.
1(current)
2