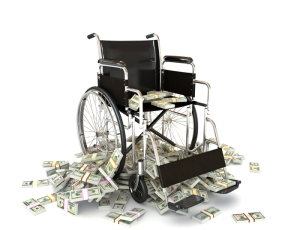 From the September 2016 issue of HealthCare Business News magazine

The Wall Street Journal recently reported that a Los Angeles area hospital filed for bankruptcy. This regional medical center failed for many reasons, but according to court documents, a key factor was the inability of even its insured patients to pay what they owed the hospital.

High-deductible health plans have flourished since the Affordable Care Act was signed into law in 2010. A study conducted by The New York Times and the Kaiser Family Foundation indicates that while the number of uninsured decreased by approximately 15 million from 2013 to the end of 2015, attempts to offset costs have involved requiring customers to pay more of their bills via higher deductibles and co-payments. The ACA has thereby made health insurance more accessible, but at the same time exposed patients and service providers to greater financial risk. Though insured, more families and individuals are faced with seemingly unaffordable bills. Though providing services, more hospitals and medical centers are finding it difficult to obtain payment.

For providers and customers alike, health care providers need to develop more innovative and sophisticated payment models, or adapt the models that have long been common in other industries.

Problems for the patients
As The New York Times and Kaiser surveys indicated, customers who opt for lower monthly premiums are often caught short when they access health services. More than a quarter of middle-class Americans find that they are liable for $1,000 or more before coverage sets in. When an estimated 60 percent of Americans have less than $1,000 in savings, unbudgeted medical expenses constitute a systemic risk. A rising number of health consumers struggle to meet their payments. They simply cannot, or believe they cannot, pay their bills. All this has severe implications for medical service revenues. Frustration and fear around high deductibles can diminish patient satisfaction and reduce volume, or even prevent necessary utilization. Moreover, if patients utilize health care, but default on their bills in large enough numbers, more hospitals will end up like that bankrupted Los Angeles-area hospital.

Problems for the providers
Health care leaders are well aware of the cash flow challenges caused by self-pay. Gary Breuer, vice president of revenue cycle at AMITA Health, notes, “at a simplistic level our patient liability amounts are growing in the 6 to 7 percent range every year. So, in 2013, I was trying to collect $47 million. In 2014, I was trying to collect $50 million. I need to run my 2015 numbers, but I think it’s telling the same story.” Self-pay shortcomings exist across the economic spectrum, from underemployed and lower-income sectors, to upper-middle-class budgets. Given that more employers will opt for high-deductible plans, alongside similar patterns in the ACA exchange programs, bad debt will continue to rise unless providers devise better ways to collect. Policymakers are hard-pressed to produce remedies beyond subsidies, which are politically unpopular anyway. It falls to the providers themselves to implement new financial planning tools for managing this crisis.
1(current)
2
3
4