‘Survey says…’ What we learned from HTMs at AAMI

‘Survey says…’ What we learned from HTMs at AAMI 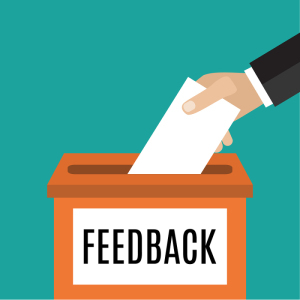 At this year’s AAMI expo, we offered the 259 HTM professionals who stopped by the DOTmed booth the opportunity to take a brief survey on parts and services — and many took the time to do it. Their answers were quite revealing. We say that particularly in light of the fact that the time and money to attend AAMI. That means they are among the most engaged and active HTMs you can find. So we feel their responses have unique value.

Who’s repairing and servicing what? First, we asked them a fundamental question: “Who services your equipment?” We gave them three possible answers to select, and said, “Choose all that apply:” In-house, OEMs, or ISOs. Over 95 percent checked “In-house” as one element of their service blend, as would be expected. For over 60 percent of the respondents, that was the only box they checked. This implies that many HTM professionals believe their department is well-staffed and well-equipped enough to handle just about any equipment breakdown or issue.

Surprisingly, about 5 percent checked the ISO box as the one and only source for service, which means they did not include themselves. That may be because those HTMs were from rural facilities with a minimal clinical engineering department. It was surprising that only about 25 percent indicated they used a blend of all three options. Another 15 percent checked the In-house/OEM combination, giving the OEMs a 40 percent share of service in this survey. And very surprising, at least to us, was that only one respondent checked the In-house/ISO combination, with no OEM component.

The aftermarket for parts is alive and well One area where there was near unanimity among the respondents was in parts sourcing. Almost 95 percent said they buy parts from both OEMs and the aftermarket. What’s interesting about this is how it might, and probably does, relate to the FDA docket on service and repair. One of the arguments being made for requiring that only OEM parts be used is that used parts, or new third party parts, might put patient well-being at risk. No HTMs, however, suggested that non-OEM parts were causing problems.

Breaking down why equipment breaks down The last multiple choice question was “What is the most common cause for a service call?” The choices were: “Mechanical," “IT/ software related” or “User error.” We asked people to rank the causes in 1, 2, 3 order. This produced some interesting results. When the respondents ranked their answers, “Mechanical” problems came in first, with “IT/software” and “User error” tied for second as the most frequent cause. Only 5 percent of surveys had “IT/software” as the first of three problems.
1(current)
2

My interviews with Dr. Ron Chiarello and Mike Machuca