Infection control corner: too many lessons in tragedy

Infection control corner: too many lessons in tragedy 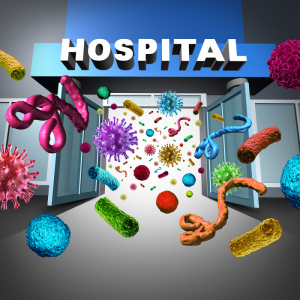 For the last four months, I have spotlighted different ideas in this column on how to reduce costly health care-acquired infections (HAIs). Each column began with statistics outlining the cost of HAIs both in lives and in dollars and how legislation is focusing on quality outcomes. In this column, rather than rehashing those facts, I am going to focus on the real-life stories. These are disastrous outcomes related to HAIs that will make you cringe. Keep in mind the purpose is to spotlight the real need to educate hospital teams and outside vendors on the importance of working safely and how small mistakes can cause tragedy. Names have been changed, but the legal case is researchable.

When 2-year-old Lauren, who suffered from acute lymphoblastic leukemia, was finally in remission, her treatments were successful and she was in the hospital for routine follow-up diagnosis. Her room was along the same route that construction workers were taking for a project they were working on in the same hospital. The dust they created from moving equipment and supplies down her hallway had a dangerous but common fungus hitching a ride on the dust: Aspergillus spp. Even in remission, Lauren’s condition was immuno-compromised due to the successful aggressive medical treatment. The fungus invaded her system and within two weeks she died. To make matters worse for the hospital, Lauren was not the only patient who died due to the Aspergillus spp. Five other children located along the same route died due to the common mold fungus.

While two of the children were in remission from leukemia, the pathology report stated Aspergillus was the cause of their deaths, not leukemia. All this ended up in a courtroom with grieving parents stunned by an outcome few could comprehend. Children that so bravely fought through painful leukemia treatments and won, now dead from fungi brought in by construction crews. According to a study in the American Journal of Infection Control, just one colony-forming unit of Aspergillus can cause infection in immuno-compromised patients. Shouldn’t the hospital have known this can happen? And if it didn’t, how would the contractors know?

Aspergillus is not even on the list of the most common types of HAIs. Even more common HAIs include bloodstream infection, ventilator-associated pneumonia, urinary tract infection and surgical site infection. Most of these are nosocomial infections caused by equipment or people that already have some type of medical training, such as nurses, aides or even doctors. Infections can also be spread by maintenance and construction workers who roam the facility on a daily basis.
1(current)
2