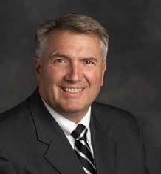 Christopher Contag
From the August 2016 issue of HealthCare Business News magazine
With the World Molecular Imaging Congress fast approaching (being held at New York’s Javits Center Sept. 7-10), HealthCare Business News reached out to WMIS President Christopher Contag to learn more about the society, the event and the latest in the field of molecular imaging. Contag was able to provide historical information about the society and its origin from the merger of two societies.

HCB News: How did you get involved in molecular imaging?
CC: Early on, I was studying mother to infant transmission of the AIDS virus. It occurred to me, if we could watch infected cells move through the body and watch how the immune system interacted, we could learn more than by taking individual cells out. So studying biology in living animals and humans drew me to the field of imaging. From that point, like-minded researchers and I started to create processes to watch infected cells interact with the host organism in real time. The tools the group created to track interactions between infected cells and immune systems led to the founding of the company Xenogen, which was later purchased by PerkinElmer. Today, the patented technology is used to develop cancer drugs and other treatments in 3,000 sites across the world.

HCB News: You were among the founders of the association back around 2000. What is your role today?
CC: My role as president started as president- elect last year. I’ll still have a role to play in crafting the future of the society, as past president, after my presidency ends. It’s a commitment of about five years.

HCB News: The World Molecular Imaging Society is fairly new as far as associations go. How did it come about?
CC: The society was created by the merging of the Academy for Molecular Imaging and the Society of Molecular Imaging. Anyone holding a position in either organization, as a board member, treasurer or secretary, for example, could be nominated to serve as president for the resulting merged society.

HCB News: What was the foundation WMIS built on from those previous organizations?
CC: The Society of Molecular Imaging grew out of a group of individuals interested in studying biology in living subjects, animals and humans, using a wide range of tools including optical imaging, MRI, ultrasound and nuclear medicine imaging tools. There were 15 founders for the Society of Molecular Imaging, who were the individuals who had the earliest publications in molecular imaging.

HCB News: And what does WMIS bring to the table?
CC: WMIS addresses questions in both biology and medicine without a bias toward any one approach or using a specific modality. WMIS is really centered on looking at the big picture. How can we solve a question and address an unmet clinical need? Optics? MRI? Ultrasound? Or do we develop a new modality? Or do we combine strategies by making molecular probes that cross modalities to solve a specific clinical or biological problem?

Although the society is called the “World” Molecular Imaging Society, there are close to 4,000 members amongst the Federation of Asian Societies in Molecular Imaging and the European Society for Molecular Imaging. There’s also expansion into Australia, and a Russian Society is growing. Our meeting schedule when we started was rotating through the United States, Asia and Europe. In the last few years, the other organizations had a pickup in membership, and we decided to hold the WMIC in North America. We hold joint sessions with them during their meetings in Asia, Europe and other regions.

HCB News: What is the makeup of meeting attendees today?
CC: Today, the meeting welcomes about 20 percent of our attendees from Asia and Europe. The focus of the society, and of the presentations at the conference, is probably twofold. It’s looking at biology in living animals [and] translating technologies most informative to the clinical practice. And that is the society’s driving goal — to develop cutting-edge tools that can answer important biological questions in animals and man.

My interviews with Dr. Ron Chiarello and Mike Machuca