This Month in Medical History – Harvard’s reason to smile 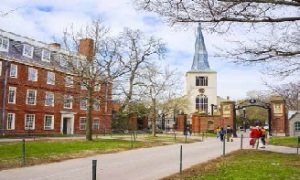 From the July 2016 issue of HealthCare Business News magazine

A span of more than 50 years passed between the first picture taken with a camera and the founding of the first dental school in the U.S. Maybe that’s the reason for such close-mouthed dour looks on so many early photographic subjects? Harvard School of Dental Medicine was established on July 17, 1867, 231 years after Harvard University was established. The dental school had been a long time coming, in part, due to debates about what dentistry really was. Was it something that should be considered a medical practice or was it something that just required some knowhow or at the least, customers desperate to be rid of a rotting tooth?

For ages, dentistry existed in a weird limbo between medicine and trade. Tooth extractions, for example, were carried out by barbers in medieval times. Eventually barbers were forced to limit their bloodletting and injuries to unfortunate nicks with scissors or shaving razors, but dentistry still didn’t carve out its own niche for years. Apprenticeships were the most common way for new dentists to crop up, but less scrupulous practitioners just became dentists by telling people they were dentists.

In 1840, the first college of dental surgery, The Baltimore College of Dental Surgery, was chartered by the state of Maryland. Baltimore was followed by four more dental colleges in the succeeding years, but none of those colleges was part of a university, so they were essentially considered only trade schools. This meant that the establishment of Harvard School of Dental Medicine, 27 years after the first college of dental surgery, was a major acknowledgement of the medical legitimacy of dentistry.

The school’s first class consisted of just five students. While the school has grown considerably since its founding, it is still small by Harvard standards. In fact, its total student body, including pre- and postdoctoral students, numbers under 300. The historical output has always been more of a trickle than a flow, with about 2,500 alumni living around the globe today.

Unlike those debating the validity of dentistry in the medical field all those years ago, the University looks at dentistry as a specialty of medicine. This means students at the Harvard School of Dental Medicine also are considered part of Harvard Medical School. In 1940, the school was reorganized to have dental students learn alongside medical students for two years to get immersed in basic science and pathophysiology. Graduates received both D.M.D. and M.D. degrees.
1(current)
2