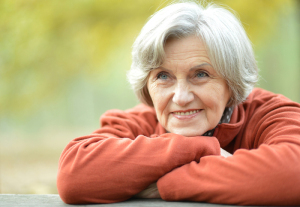 From the July 2016 issue of HealthCare Business News magazine

On Mother’s Day and throughout Breast Cancer Awareness Month, people across the U.S. don pink ribbons and walk in stride in the fight against breast cancer. Yet more women die of complications from a hip fracture than they do breast cancer, and National Osteoporosis Month — recognized in May — flies largely under the public’s radar.

It is not that breast cancer and breast cancer screening are unimportant. The problem is a noticeable decline during the past decade in the general awareness of the dangers associated with osteoporosis, and as a result, far fewer women are getting bone density screening to determine their risk level of getting this debilitating, and often deadly, disease. There are a number of reasons this might be happening. One of them being that while physicians are responsible for recommending a DXA (dual-energy X-ray absorptiometry) bone density scan for women over the age of 50, many are not providing this service, in large part due to the fact that the modest costs of the procedure now outweigh the amount of reimbursement offered to perform the test.

In 2006, a physician could expect to be reimbursed $139 for a DXA scan performed in his or her office. Cuts in Medicare Part B reimbursement began in 2007 and have now dropped to just under a national average of $42 per test. Although the Medicare Part B reimbursement rate for DXA scans performed in hospital outpatient departments has remained at a higher level, around $100, this dramatic decrease in reimbursement rates in the office setting has discouraged physicians from offering DXA, and led many to remove the technology from their offices. At a time when the population at risk for fracture is increasing, there has been a 12.9 percent decline in DXA providers overall, and fewer technologists and physicians are taking courses and being certified to perform and read DXAs.

We also know that the percentage of women tested for osteoporosis has also seen a drastic reduction, as the majority of DXA scans are actually performed in doctors’ offices or local facilities — the point of care. Additionally, because bone density is not available at the point of care, many women are not aware they should have their bone density checked. Unless Congress acts soon to restore these DXA Medicare in-office and freestanding facility reimbursement rates, we expect to see an uptick in the number of patients suffering from hip fractures after two decades of a steady decline.

Now, with year-to-year claims data available, we are starting to see the real impact of these reimbursement cuts. The decline in hip fracture incidence that began more than 20 years ago is almost certain to reverse. Fewer patients getting DXA scans means there are fewer opportunities to diagnose and treat bone loss, which will likely result in a higher incidence of fractures, including deadly hip fractures. Even more concerning, the increase in hip fracture incidence will occur as the baby boomers are entering their peak fracture years!
1(current)
2
3