Checking in with Gallium-68 and Lutetium-177 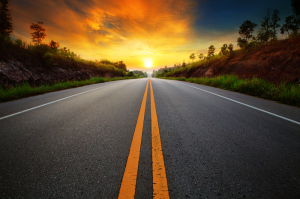 The development of radiopharmaceuticals began in the U.S. during the 1940s, followed by a trial-and-error process which resulted, over the years, in a kind of natural selection for radionuclides. From the original radionuclides and the “exotic” ones that were proposed by researchers and physicians, only Technetium-99m (gamma emitter for SPECT applications — Single Photon Emission Computed Tomography) and Iodine-131 (beta emitter for therapeutic applications) remain the most commonly used.

PET technology (Positron Emission Tomography) based on 18F-FDG (fludeoxyglucose), discovered in the ‘70s, was really developed in the ‘90s, mainly due to the implementation of dedicated production sites (cyclotrons) and the development of efficient imaging technologies. The recent development in Gallium-68 technology makes 2015 a milestone for the development of radiodiagnostics, which will probably lead in the next five years to a complete new PET environment. It seems that the future of radiodiagnostics will almost entirely be based on Technetium-99m for SPECT and on Fluorine-18 and Gallium-68 for PET.

Gallium-68 gained momentum in the past 18 months with several major technology leaps and new tracer development. 68Ga-PSMA-11, developed by the University of Heidelberg, encountered huge interest among oncologists in the diagnosis and evaluation of disease extension in prostate cancer at the same time the first 68Ge/68Ga generator obtained its marketing authorization (Eckert & Ziegler, Germany). Limited capacity and access to these generators seem to be the bottlenecks for extensive use of 68Ga, but several other companies are close to bringing new approved generators on the market, while some new approaches developed by target engineers (NCM, USA and IBA, Belgium) demonstrated the ability of small cyclotrons to produce curie levels of pure 68Ga.

On top of this, cold kits for the 68Ga-labeling of tracers have been made available (ANMI, Belgium) and open a highway for the use of 68Ga in PET similar to 99mTc in SPECT imaging. Despite its shorter half-life (68 min.) compared to 18F (half-life 108 min.), 68Ga has a nice and almost ideal profile as a PET imaging agent. However, 68Ga will not jeopardize the market of 18F because of its different chemistry and means of introduction in a molecule. 68Ga and 18F will continue developing in parallel, both filling indications adapted to their physico-chemical properties.