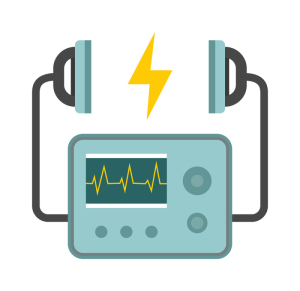 From the May 2016 issue of HealthCare Business News magazine

The global defibrillator market is expected to reach $12.9 billion by 2019, according to a MarketsandMarkets report. That’s partly due to newer, technologically- advanced defibrillators, the growing elderly population and the rising prevalence of cardiovascular diseases. Implantable cardioverter defibrillators (ICDs) and cardiac resynchronization therapy defibrillators (CRT-Ds) — which are pacemakers that deliver defibrillator therapy — have recently been developed to be MR-compatible. Thousands of patients who were previously unable to undergo MR exams now have the opportunity to do so.

However, challenges with the longevity of ICD battery life remain and experts in the field are calling for engineers to develop batteries that can last more than 25 years. Doing so would avoid the complications that patients face during replacement procedures. The external defibrillators haven’t experienced as much advancement as the implantable ones, but they are being used more at sporting events to address the growing sudden cardiac arrest problem among young athletes.

Even though the market is poised for significant growth in the coming years, factors including a lack of awareness about sudden cardiac arrest, issues with external and implantable defibrillators and health care reform in the U.S. are preventing the market from experiencing even more growth.

MR-compatible ICDs
According to data from the University of California, Los Angeles, out of the more than 200,000 patients who have a pacemaker or ICD implanted per year, about 75 percent of them will have a medical situation in their lifetime that may benefit from MR. Traditionally, patients with ICDs and pacemakers were unable to undergo MR exams, and underwent CT, cardiac catheterization, EKG and X-ray exams instead.

“Therefore, those patients whose physicians did not wish to entertain the presumed risks of MR with a pacemaker or defibrillator did not have the opportunity of having this superior diagnostic information that, in turn, could lead to a change in therapy and management,” says Dr. Robert Biederman, the medical director of the Cardiovascular MRI Center at Allegheny General Hospital (AGH) in Pittsburgh.

But MR-compatible ICDs made out of non-ferrous materials have recently come to market. In September 2015, Medtronic received FDA approval for its Evera MRI SureScan ICD System, which is the first MR-compatible ICD. In December 2015, Biotronik’s Iperia ICD system won approval to be used during MR exams. Many studies have investigated the safety of using those devices during MR exams, but no one had investigated the value that MR brings to patients with ICD. Biederman and fellow researchers at AGH decided to pioneer research in that area.
1(current)
2
3
4

Looking ahead to the annual ACC meeting