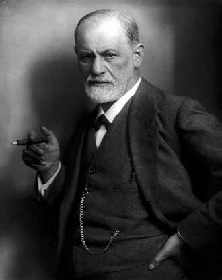 This May will mark the 160-year anniversary of Sigmund Freud’s birth. Freud is one of those rare individuals who managed to be very well-known during his lifetime and has had that fame continue long past his death.

Freud was born on May 6, 1856, in Freiburg, Moravia, which at the time was part of the Austrian Empire and is today part of the Czech Republic. He was born to a wool-merchant father who had been married previously and wed Freud’s mother later in life. His father was 40 by the time of Freud’s birth and did not figure into Freud’s life as much as his mother who was nurturing and supportive. By the age of 4, Freud’s family had moved twice, with the second move putting them in Vienna where Freud would spend the greater part of his life until he was forced to leave during the Nazi occupation more than 70 years later.

By 1873, Freud had decided upon a career in medicine and attended the University of Vienna in pursuit of those areas of study. In 1883, he went on to enter the Vienna General Hospital where he trained with a psychiatrist as a clinical assistant. He continued to forge ahead and in just two years, he completed substantial research of the medulla structure of the brain. The quality of the research led to his appointment as a lecturer in neuropathology.

It was also around that time that he researched the potential benefits of cocaine administration for certain medical uses. The research nearly derailed his career, with a close friend becoming heavily addicted, and the misstep of that research caused him to lose a lot of respect among his peers. But the research did hint at what would eventually make Freud a household name — his unconventional thinking and his openness to exploring avenues that others were reluctant to head down.

It was that unconventional thinking that served Freud well when, in 1885, he studied neuropathology under Jean-Martin Charcot in Paris. It was over the course of the 19 weeks he spent with Charcot that he looked to establish a link between the problems of patients who were labeled “hysterics” and a physiological reason behind their issues. Essentially, Freud was looking to identify disorders that occurred in the mind rather than some type of physical blemish on the brain.

Freud experimented for a short time during that period with hypnosis, but was dissatisfied with the results. But still, the brief foray, along with some demonstrations by Charcot that hypnotic suggestion seemed to have the potential to alleviate some symptoms, supported Freud’s theory that the ailments were of the mind, not the brain. He returned to Vienna and armed with strengthened convictions, opened an office where he would practice for close to 50 years.
1(current)
2

Beaumont to merge with Spectrum