Q&A with Mary Logan, President and CEO of AAMI

Q&A with Mary Logan, President and CEO of AAMI 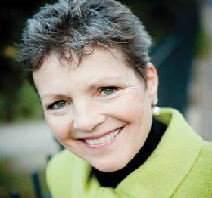 I’ve had the opportunity over the years to interview scores of professionals leading great health care associations. Many served as elected officials and often would have just a year leading before stepping down for the next elected representative. The Association for the Advancement of Medical Instrumentation’s Mary Logan is a rare exception and I’ve had the pleasure to interview her a number of times over the years. Late last year Logan announced she would retire in 2016 after serving nearly eight years as president and CEO. The process of finding her replacement is ongoing, but judging by the esteem in which she’s held, a special kind of leader will need to step in to fill the vacancy. Read on to learn why.

HCB News: Prior to AAMI where did you come from?
ML: My longest and most recent stint was as COO of the American Dental Association — for seven years. I had been general counsel for 10 years previously, with a space of seven years between those two positions from when I left the association.

HCB News: How did you connect with AAMI?
ML: It’s a great career story — there was a board coup in the spring of 2008 at the ADA — the board fired the CEO, me and most of the management team. It was a huge coup, very painful for the staff, very divisive and very public. I was fired for the first time in my life and it was a painful experience. I had been honored by the ADA as an honorary member. That’s how attached they were to me and how attached I was to them. I announced to the world — friends and family — that I might never work again, that’s how hurt I was. It turned out to be a blessing in disguise. I took the summer off, studied for and took the test to become a certified association executive, which was challenging, and got pulled into some consulting work at the nudging of some professional friends.

Meanwhile, my former CEO and boss from the ADA was actively networking and dragged me to a lunch with another association executive. During the lunch, the other executive said he knew a recruiter we should meet. My boss was very interested, I wasn’t, but I spoke with the recruiter anyway. He wanted me to look at the job spec for a position in D.C., which turned out to be the AAMI president/CEO position. I printed out the job spec and put it on the kitchen counter, where my husband saw it and said it looked like the job was made for me. I was reluctant because the job was in D.C. and we lived in Chicago, but I met with the recruiter, started researching and became more and more interested, and then really got excited about the position. It was meant to be, and the timing was serendipitous. It was the only job I applied for, and when I first chatted with the recruiter I didn’t even have an updated resume because it had been so long since I had been in the job market. Now, I’m an evangelist for networking. I tell people — always be open for opportunity because you never know where it will take you.
1(current)
2
3
4