Gadolinium can accumulate in the brain – but is it harmful? 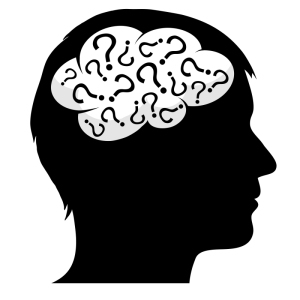 From the March 2016 issue of HealthCare Business News magazine

It has been a turbulent decade for the once-unblemished reputation of gadolinium- based contrast agents (GBCAs) — and yet even today it isn’t easy to put one’s finger on exactly what it is about them that has everyone so excited. HealthCare Business News spoke with Dr. Emanuel Kanal, a professor of radiology and the director of MR services at the University of Pittsburgh Medical Center, and an expert on the topics of gadolinium and MR safety, about the developments that have been taking place. He remembers a time — not too long ago — when gadolinium was regarded as “one of the safest drugs there was.”

The trouble started in 2006 when it came to light that administration of at least some of the FDA-approved GBCAs to patients with acute or chronic renal insufficiency could lead to nephrogenic systemic fibrosis (NSF) — an often progressive disease with no known cure in which skin thickening hampers mobility and can limit bending at the joints, among other symptoms.

Then, in 2013, findings surfaced to suggest that gadolinium may accumulate in the brains of patients who undergo multiple examinations with at least some of the FDA-approved GBCAs. It’s a phenomenon that Kanal calls intracranial gadolinium accumulation. “No one told us it would stay in the body,” says Kanal. “They told us it had a half-life of 90 to 120 minutes and after 6 or 9 hours most of it is gone, and we assumed that after a day or two there’s no trace left.”

So what does it mean that this is not actually the case? And if we don’t have scientific evidence that there is anything medically detrimental about this accumulation, what exactly is everyone so worked up about? And how will this impact the way MR scans are ordered in the future?

Not all gadolinium accumulates at the same rate
Here’s what we do know, according to Kanal: Gadolinium is a heavy metal from the lanthanide series. In certain forms it can have significant toxicity, and therefore, it is generally understood that we don’t want to have it in our bodies if it is not needed there. We also know that the two different types of GBCAs — macrocyclic agents and linear agents — appear to cause accumulation at different rates.

Unlike macrocyclic agents, which form multiple bonds in a ring-like structure, linear agents form single bonds — like two people holding hands. Therefore, the bonds of linear agents break more easily. Among the linear agents, Kanal says the accumulation seems to happen most with Omniscan (GE Healthcare), equaled or followed by Magnevist (Bayer), then likely followed by MultiHance (Bracco). He says other linear agents such as Optimark (acquired by Guerbet when it purchased Mallinckrodt’s contrast business last year) may also accumulate, but these agents have smaller market shares and sufficient evidence has not been collected yet regarding their accumulation behavior.
1(current)
2
3