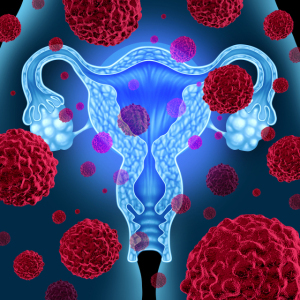 Ovarian cancer is arguably one of the most devastating cancer diagnoses — it's the fourth top cause of cancer deaths for U.S. women. And the tragedy is compounded by the fact that successful screening approaches have proven elusive.

But that may be changing.

New research, reported this week in The Lancet, of the world's biggest ovarian cancer screening trial, UK Collaborative Trial of Ovarian Cancer Screening, led by University College London, has shown that a combination of screening based on an annual blood test for blood protein CA125, plus an algorithm called ROCA, may drop the number of women who die from their cancer by about 20 percent.

Co-inventor of the ROCA algorithm and study author, professor Ian Jacobs, president and vice-chancellor of UNSW Australia, said in a statement that he was "delighted" with the findings, adding that, "the results suggest that early detection by screening can save lives. Longer follow up is needed but this brings hope in the fight against a disease for which the outlook for women is poor and has not improved much during the last three decades."

The ROCA algorithm uses a statistical calculation to interpret changing levels over time of the blood protein, which is linked to ovarian cancer. The large-scale study of the algorithm, first developed in 1996, has now been shown to yield a more accurate assessment of a woman's individual risk of having ovarian cancer, rather than the alternative approach, which employs a fixed 'cut-off' point for CA125.

The early results showed that about 15 ovarian cancer deaths could be prevented for every 10,000 women who had such screenings for from seven to 11 years. When adjusted for those who might have already had the disease when the study began, however, the reduction for ROCA/CA125 screening was more significant — nearly 28 percent, according to Time.

Back in May, Jacobs reflected about the test to The Sydney Morning Herald, noting, "The sensitivity is very, very high - much higher than people thought would be possible." The test, which took him 29 years to develop, can pick up 86 percent of women with ovarian cancer before symptoms appear.

This is vital because this type of cancer rarely shows up until it is advanced and prognosis is generally poor. “I’m tired of seeing women come to me with late-stage disease,” Dr. Karen Lu, chair of gynecologic oncology and reproductive medicine at University of Texas MD Anderson Cancer, and who was not part of this study, told Time.

“It’s devastating. About 70% of the time, if not more, we see women come to us with very advanced stage disease. What this study clearly shows is that with the CA125 test and the algorithm, we are detecting cancers at an earlier stage. And we’re seeing fewer deaths in women who get the screening. We’ve never had a study before that showed that early detection [of ovarian cancer] can save lives.”