Denmark's isn't the only health system the U.S. could learn from 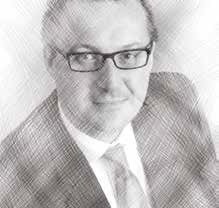 Dr. Mark Britnell
From the December 2015 issue of HealthCare Business News magazine
The U.S. health care debate has taken an unexpectedly global turn in recent weeks, sparked by favorable comments made by presidential candidate and Vermont senator Bernie Sanders toward Denmark’s system. The ensuing coverage has highlighted the strengths of some European models of universal coverage, whether that be through mandated private or single-payer government coverage.

After spending the last six years working in 60 countries’ health systems, I see time and again the value in looking internationally for solutions to the problems facing health care today. Every country has something to teach and something to learn, and while the U.S. pays more than any other nation, yet still leaving 10 percent of people uninsured, there are several ways in which it leads the world, too. U.S. research and development dwarfs that of other countries, producing more breakthroughs, more blockbusters and more Nobel prizes than any other. For those with the ability to pay, the quality of care in top U.S. hospitals is without equal.

Denmark’s system has much indeed to recommend it, having achieved strong regional integration of health and care services and, with its single-payer system, kept year-on-year health care spending growth at half the U.S. rate over the last 10 years. However, with waiting times creeping steadily up in recent years and a somewhat inflexible stateled approach, it is far from the whole story.

In my recent book I outline 12 components of different countries’ health systems that, if they were combined, would give something approaching “perfection.” Looking through these, several systems stand out as sources of inspiration for the U.S. While U.S. health care can be very good episodically, it can be poor on integration across the continuum of care. This matters because not only do patients feel treatments are being “done to” rather than “done with” them, disintegration and disempowerment create enormous financial waste.

Just look at the 30 percent of medicines prescribed in the U.S. that never get taken by patients, costing an estimated $290 billion every year. The ultra-lean Indian hospital chain Narayana started taking aside patients’ main caregivers while they are recovering from surgery and training them in post-operative care, including supervised work on the wards. They’re finding lower readmission rates and a much greater confidence on the part of patients and caregivers to follow treatment plans and look after themselves.
1(current)
2

The rise of robotic angio