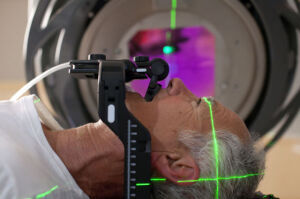 “The lack of clinicians and equipment-trained radiotherapy professionals in many African countries can impede the delivery of radiation therapy services,” Erik Leksell, managing director in Sub-Saharan Africa for Elekta, said in a statement. “The training center will help address the problem of skilled care, both in South Africa and other parts of the continent as older systems are phased out and latest Elekta technology introduced.”

Cancer is an emerging public health issue in Africa. There were about 715,000 new cancer cases and 542,000 cancer deaths in 2008 in Africa, and that is estimated to almost double by 2030 because of the aging and growth of the population, according to the International Agency for Research on Cancer.

There are currently only 190 linear accelerators available in Africa. In addition, access to radiation therapy on the continent has been hindered by many different factors including lack of education and training, according to Elekta.

In May, Elekta announced that it was “investing substantially” in its other training center in Cape Town, the Learning and Innovation Center training facility. The company also stated that it is actively working to address the unmet need for radiation therapy solutions there.

In September, Tygerberg Hospital unveiled a new Elekta Synergy Agility linear accelerator that was commissioned and installed in 2014. The system can perform volumetric modulated arc therapy (VMAT), which delivers the radiation dose to the patient in a single moving arc from 0 to 360 degrees.

The system has the ability to treat more than 450 patients per year and because of the VMAT technology, it can treat radical and palliative patients with the more traditional 3-D and 2-D radiation techniques.