The father of emergency medicine, and Lyndon Johnson

The father of emergency medicine, and Lyndon Johnson 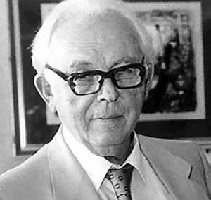 Dr. James Francis Pantridge
From the October 2015 issue of HealthCare Business News magazine
When ex-President Lyndon Johnson survived a heart attack in 1972, it was thanks to a portable defibrillator that was invented by Dr. James Francis Pantridge only a decade or so earlier. Known as the “father of emergency medicine,” Pantridge revolutionized heart attack treatment by enabling providers to bring a critical intervention directly to the patients. Pantridge was born in the United Kingdom on Oct. 3, 1916. He earned his medical degree from Queen’s University, Belfast. His graduation in 1939 coincided with the start of World War II, and Pantridge soon joined the Royal Army Medical Corps.

He was sent to Singapore Island, a strategic British outpost in the Far East. Japan’s attack on his base in February of 1942 is considered to be one of the worst defeats in British military history. Despite the brutality of the battle, Pantridge earned a Military Cross, a medal commending him for working tirelessly in adverse conditions and prioritizing the safety of his countrymen over his own. Pantridge was taken prisoner by the Japanese. Since Japan didn’t honor prisoner of war status, Pantridge, along with 7,000 other British captives, was forced into slave labor. He marched nearly 200 miles through the jungle and worked long hours on building the Siam-Burma Railway.

Pantridge also spent two months at a notorious death camp. When he was freed, he did not only leave the camp suffering from extreme malnutrition, but also with a new interest in cardiology. While imprisoned, he suffered from a cardiac condition that is almost always fatal — his heart swelled to three times its normal size. But Pantridge survived and in 1945, returned to Belfast.

Upon his return, he found a job as a part-time pathology lecturer, but was soon awarded a scholarship to study at the University of Michigan alongside Dr. Frank Norman Wilson, a world-renowned electrocardiology expert. Pantridge learned enough from Wilson to return to Belfast in 1949 as the leading cardiology authority of the United Kingdom.

He took a position at the Royal Victoria Hospital, where he set up a cardiology unit. At the time, defibrillators only existed within hospitals, weighed about 150 pounds, and required an electrical power source to work. Pantridge learned that the chances of survival from a heart attack decrease by 10 percent for every minute a victim spends without treatment. In fact, most victims died before they reached the hospital.
1(current)
2