Manufacturers are in the information business now

Manufacturers are in the information business now 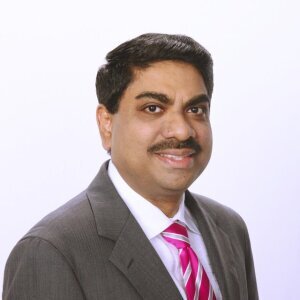 One characteristic of the era we live in is that nowadays everyone seems to be in the information business. As a matter of fact, those companies which understand the power information can bring will excel. But they have to be prepared to completely re-think their business model and current relationship with the customer. It is important to be prepared to invert how you think about information.

Many manufacturers, until now, have used information secondarily: it was used to help in the primary process of dealing with their customers. While useful, helpful, and sometimes essential, it was not their core business. But the times are changing at warp speed. Today, at some companies, information is becoming primary — the core offering of the company.

Imagine a company like Nike. Nike is well known for its brand power, products and style, and is thought of as an admirable company. But it is also extremely interesting in terms of how they are looking at a world that has become digital. Nike+ was launched years ago as an experiment. This joint product development between Apple and Nike produced probably the most advanced, high-tech set of running shoes in their time. These could synchronize an iPod to play those songs that would match one’s jogging pace, and then upload data on the run to the Nike+ community to share.

Nike clearly saw the potential, and went for it. They pulled out all the stops on digital and pushed on at a lightning pace. Next, they introduced the Fuel band, a bracelet that traces one’s daily activity. Granted, it was rather limited at the start, but consider this: Nike+ allowed Nike to see what their customers were doing when they jogged, but this bracelet would allow Nike to have contact with their customers all day long. The first version monitors steps, but what if Nike were to add a heartbeat monitor and a temperature sensor?

Nike would then be able to see, all day long, exactly how their customers live their lives, where they are, what they do, how fast their heart races and how flushed they were. Looking back a couple of decades, it is quite clear that medicine, and health care in general, have made great strides. New drugs have been developed based on new insights into how the human body functions. The influence of external factors on one’s wellbeing has been documented and acted upon.

Technological advances allow medical results in hours rather than weeks. But the best is yet to come. More and more data are being gathered for analysis. Even old medical records that have been gathering dust can and are being brought to life, adding more insights that are being developed by data scientists specializing in medicine. New diseases will be detected and analyzed much faster, and treatments for both old and new diseases will come to the market more rapidly.
1(current)
2