Researchers in U.K. say they can detect antibiotic resistance in 30 minutes 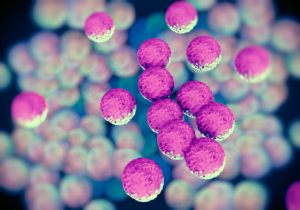 It has been said that antibiotic drug resistance is one of the greatest threats to human health, but a lot of research is now underway to curb that.

St. George’s University of London and Atlas Genetics, a diagnostic company based in the U.K., have developed a new system that can detect a patient’s antibiotic resistance in 30 minutes. It involves a series of disposable cartridges placed on a small desktop device that samples urine and vaginal swabs to identify sexually transmitted infections and detect resistance.

The rise in antibiotic resistance is causing physicians to use more potent antibiotics for simple infections, which greatly increases health care costs. But this new system can help them identify which drugs to use to effectively treat the infection.

St. George’s is currently testing the system as part of a clinical study involving 1,000 patients. It is expected to be completed in 2017.

In other news, the University of California, San Diego School of Medicine and Skaggs School of Pharmacy and Pharmaceutical Sciences found that the common antibiotic, azithromycin, can effectively kill many multidrug-resistant bacteria.

Azithromycin is not used for those more serious infections because years of testing in standard laboratory media — the nutrient broth that helps bacteria grow — found that it doesn’t kill those types of bacteria.

"While bacterial agars and testing media are useful in providing consistency for hospital laboratories around the world, the actual infection is taking place in the blood and tissues of the patient, and we know the action and potency of drugs can change quite dramatically in different surroundings,” Victor Nizet, senior author of the study and professor of pediatrics and pharmacy, said in a statement.

Nizet and his team of researchers tested the drug-resistant bacteria in mammalian tissue culture media, instead of the standard bacteriologic media, and found that the bacteria were wiped out when azithromycin was combined with the antibiotic, colistin, or with antimicrobial peptides that the body naturally produces during infection.

The team then tested the method on mice with multidrug-resistant A. baumannii pneumonia. They administered a single injected dose of azithromycin that mimicked the concentration given to human patients, and 24 hours after infection the mice had 99 percent fewer bacteria in their lungs compared to the control mice.

The researchers recommended that the industry take a more holistic approach to treatment that considers the type of bacteria and the patient’s immune system. "Unquestioning adherence to a single standardized lab practice may be keeping doctors from considering potentially life-saving antibiotic therapies that are proven safe and readily available in any hospital or pharmacy," Nizet said in a statement.