The future of... dense breast legislation

The future of... dense breast legislation 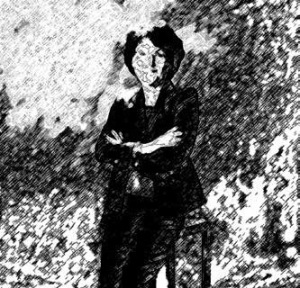 For JoAnn Pushkin, getting legislation that would require health care providers to inform women if they have dense breast tissue and to discuss the challenges dense breasts can deliver, is just one more fight. Pushkin has a personal understanding of both the confusion and the elevated risks inherent with dense breasts — she is a breast cancer survivor.

“All the advocates are,” she explains. “And most were model patients like I was. I never missed a mammo, ate right . . . yet one day, I felt a lump.” Pushkin headed to the doctor for diagnostic exams. But instead of finding the lump, she found a marked lack of support. “The nurse came in and told me, ‘You can get dressed.’ I said, ‘What? But I have a lump!’”

The nurse explained that due to Pushkin’s dense breasts, the lump would be very hard for them to find on a mammogram. “The ultrasound performed after clearly showed the tumor,” Pushkin says. Pushkin did some research and realized there was a lot of confusion – both from patients and professionals alike, regarding dense breast screening. In 2010, she started advocating for legislation requiring notification to women with dense breast tissue. By then, Connecticut had become the first state requiring patients to be informed, but it didn’t go very far in the efforts. “It was just general information about breast density – it didn’t actually require them to tell women with dense breasts that they had them,” says Pushkin.

So for New York, Pushkin pursued a more detailed legislative requirement, lobbying to require the dense breast notification as well as informing women with dense breasts as to the risk factors and screening challenges. “When I called the state office and told them about the implications of dense breast tissue and how tumors can be missed about 50 percent of the time by mammography, they thought I was crazy,” she says. But her perseverance paid off and women in New York now get the notification and education. Other states, like Washington State for example, have fought against legislation on the grounds that it could cause increased anxiety in women and because there’s no consensus on guidelines.

Still, 22 states have passed some level of legislation and six more have active bills. At some point, Pushkin predicts it’ll be all 50 states with a reporting requirement in place – from the federal level. The national requirement can happen either through federal legislation or federal regulation. “We’re more likely looking at a regulatory change,” she says.
1(current)
2