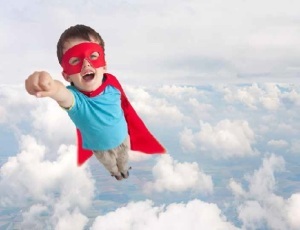 From the June 2015 issue of HealthCare Business News magazine

When it comes to imaging procedures, children offer some unique challenges. For one, they’re less likely to follow instructions than adults. When all else fails to get them to sit still for the procedure, sedation may be employed, but that brings another set of challenges when dealing with small patients. And the buzz around radiation dose concerns gets louder when children are involved since younger patients have longer lives ahead and more time to stack up radiation dose and more time for potential adverse affects to surface.

While the challenges are significant and can’t be avoided for all patients, steps have been taken to reduce the need for sedatives and to lower imaging dose. In the last year alone, some promising strides have been made.

Heroic efforts
Superheroes have intrigued kids for generations and have done everything from helping companies sell products to getting children to brush their teeth and eat their vegetables. But in October of last year, superheroes took on a super challenge — convincing children to sit still. And as if that doesn’t require enough superpower, they’re convincing them to sit still while an imaging procedure is performed that even makes many adults uneasy.

Physicians at Weill Cornell Medical College and the Johns Hopkins Hospital learned that kids, given the right pre-test education and incentive, will lie still for MRI scans for up to an hour without sedation. Although it is not the first time medicine and art have joined forces to calm patients, the MRI Heroes Kit from Siemens Healthcare is bringing some new pages to the book of patient care. In this case, brightly colored, illustrated pages. Launched in October 2014, at Weill Cornell Medical College in New York City, the educational tool, which includes a specially commissioned comic book from Marvel Comics, makes the case to kids that if Captain America can lie still during a sometimes-noisy MRI scan, so can they.

“MRI is a great imaging technology, but it requires cooperation from the patient – they have to lie still,” says Dr. Robert Min, chairman of radiology at Weill Cornell Medical College, and radiologist-in-chief at New York-Presbyterian Hospital. “Too often this requires some form of sedation, which has risks and adds cost to the exam. But without sedation, it’s often difficult to get a good image. I had been thinking for a while that there must be a way to educate kids about what we need them to do when they are in an MRI.”

One day last year, Min shared with a Siemens representative his thoughts on creating an educational program to lessen patient anxiety and increase exam compliance to reduce the use of sedation. Siemens then came up with the idea to approach Marvel Comics, and the Siemens MRI Heroes Kit was born.
1(current)
2
3
4
5
6