An early glimpse at MEDICA 2015 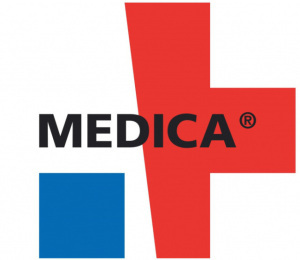 MEDICA 2015
As the largest health industry trade show on Earth, MEDICA draws an annual crowd of roughly 130,000 visitors — and 4,800 exhibitors — from around the globe. The show in November of 2015 promises to be no different, and DOTmed News has the early buzz on what to expect:

After a successful inaugural run, the Connected Health Forum is coming back. Visitors from last year may recall the forum hosting a popular mobile app innovation contest. They will continue with that contest this year while also broadening the focus on health apps in general.

Horst Giesen, director of MEDICA, issued a statement describing that decision, "From the beginning, the forum was well received and it was a complete success on each day, with around 2,000 participants at the presentations that were held in English. On a transnational level, in particular, issues regarding the networking of health industry players and related technological solutions are quite future-oriented."

The Health IT Forum, (Connect Health Forum's older sibling, so to speak) is going to share in that focus on remote diagnostics and health solutions with an overarching theme of telemedicine.

COMPAMED will also be returning for another year, sharing the fairgrounds in conjunction with MEDICA. Unlike previously, the two events will start and stop on the same days.

The dates will be November 16 - 19, 2015 at the trade show fairgrounds in Dusseldorf, Germany.