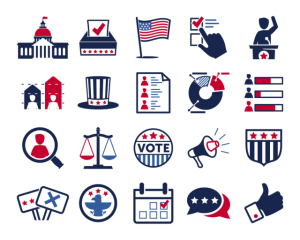 U.S. Rep. Alma Adams, D-N.C., recently introduced a bill that would repeal the 2.3 percent excise tax on medical devices that was included in the Affordable Care Act to offset the cost of reform. The bill is similar to one also introduced in March by U.S. Sen. Ed Markey, D-Mass., which proposed to offset the lost revenue by eliminating tax loopholes for oil and gas companies.

“We’ve seen a historic reduction in the uninsured rate and North Carolinians no longer need to choose between a checkup and paying a bill,” Adams said in the release. “The medical device tax was used to expand health care coverage for more Americans, but in doing so, it harms the medical device industry and its employees.”

According to the Medical Imaging & Technology Alliance (MITA), which has long opposed the tax, the industry has paid $3.343 billion in taxes to date. In a recent statement, MITA commended U.S. Rep. Seth Moulton, D-Mass, who announced co-sponsorship of device tax repeal legislation at an event in Massachusetts.

“We greatly appreciate the leadership of Congressman Moulton in defending an industry that fuels national and state economies and is responsible for developing innovative medical imaging technologies and devices that have fundamentally transformed health care delivery,” said Andy Dhokai, MITA’s director of federal relations, in the statement. “Congressman Moulton’s efforts to take a stand against a tax that threatens jobs, innovation and patient care in Massachusetts and around the country will help promote economic growth and ensure patients are not unfairly denied access to medical technologies that can save their lives.”

According to MITA, the medical device industry hires more than 400,000 workers, paying salaries that are 40 percent more than the national average — $58,000 versus $42,000. The industry also invests nearly $10 billion in research and development each year.