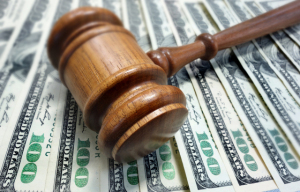 The Federal Trade Commission announced today that Cardinal Health, Inc. agreed to pay $26.8 million to settle claims that it unlawfully monopolized 25 local markets. According to the FTC’s complaint, the company inflated the price of low-energy radiopharmaceuticals in those markets.

“We have reason to believe that Cardinal, by preventing other radiopharmacies from entering its markets, was able to deny customers the benefits of competition and reap monopoly profits from the sale of radiopharmaceuticals for a sustained period of years,” Edith Ramirez, FTC chairwoman, said in a statement.

Bristol-Myer Squibb’s Cardiolite and General Electric Co.’s Myoview were the only heart perfusion agents (HPVs) on the market from 2003 and 2008, according to the complaint. For that period, a radiopharmacy was not able to profitably come into a new market and compete without getting the right to distribute either of those HPVs.

Through different acquisitions, Cardinal rose to become the biggest radiopharmacy operator in the U.S. and the only operator in 25 metropolitan areas from 2003 to 2004, according to the complaint. In addition, the company used a variety of strategies to persuade BMS and GE to refuse to grant distribution rights to new competitors in the markets.

The complaint states that in order to persuade the company, Cardinal cancelled and threatened to cancel their current and future purchases of the companies’ radiopharmaceutical products, threatening to switch customers from Cardiolite to Myoview, threatening to compete and offering to forgo competing against BMS and conditioning their future relationship with GE on its refusal to grant rights to new competitors.

In addition to paying the $26.8 million, the proposed federal court order bars Cardinal from entering into simultaneous exclusive deals with manufacturers of the same radiopharmaceutical or from using coercion to get de facto exclusivity. Cardinal must also inform the FTC prior to entering into any exclusion distribution agreements or purchasing radiopharmacy resources that aren’t subject to the Hart-Scott Rodino Act notification requirements.

The order also involves provisions to restore competition in six of the markets that Cardinal dominates, including Little Rock, Arkansas; Gainesville, Florida; Lexington, Kentucky; Omaha-Lincoln, Nebraska; Knoxville, Tennessee; and Spokane, Washington. In those markets, Cardinal is allowing its customers to terminate their contracts for these radiopharmaceuticals.