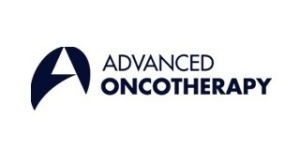 Once completed, the hospital will be one of the most advanced oncology facilities in China and serve an area including more than 20 million people in the North Jiangsu province.

The system, which is expected to support up to three treatment rooms with a single gantry, will be part of a $200 million regional oncology hospital that Siphoni is planning.

"Advanced Oncotherapy's system is substantially lower in cost compared to current technology and it delivers performance advantages in treating a variety of cancer conditions. Offering affordable proton therapy through our public hospitals fits very well with Sinophi's goal of offering quality, affordable and accessible health care to all patients in China," said Hanif Kanji, CEO of Sinophi, in a statement.

The price of the accelerator was announced at roughly $40 million, with additional fees depending on customization and treatment options that may be chosen by Sinophi. Included in the contract will be long-term maintenance of the system.

According to the WHO, China had 3.07 million newly diagnosed cancer cases in 2012, which is roughly 22 percent of the world total for that year.

Construction is expected to begin in 2016.