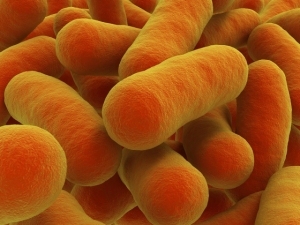 In 2013, 1,000 people per day and about 360,000 people in total in Europe contracted tuberculosis (TB), according to a new study published yesterday by the European Centre for Disease Prevention and Control (ECDC) and the WHO Regional Office for Europe.

Compared to 2012, it’s a 6 percent drop in cases but the rates of multidrug-resistant (MDR) TB are still very high in the 18 “high-priority” countries, which are responsible for a majority of the 38,000 TB-related deaths in 2013.

According to Zsuzsanna Jakab, WHO regional director for Europe, Europe is the most affected area in the world by MDR-TB. “This calls for a considerable scaling up of access to safe, rational and efficient new TB drugs, as well as innovations on rapid diagnosis and care centered on the needs of patients,” she said in a statement.

The good news is that the rate of TB has been declining over the past decade but at the current rate of 6 percent, it will take the European Union (EU) and the European Economic Area (EEA) until the next century to finally be rid of TB.

Marc Sprenger, the director of ECDC, stressed that since the rate of decline in TB cases is not the same across every EU country, there is a need for “tailored intervention, which targets each country’s settings.” The countries with high instances of TB are reporting higher rates of reinfection and most of the countries with low instances are made up of foreign patients and the rates are steady or slowly declining.

Jakab and Sprenger both agree that there needs to be more efficient use of the current tools and interventions as well as new and more effective ones to complement the current ones. Going forward, the WHO Regional Office for Europe and ECDC will focus on the high-priority countries and also the countries with fewer new cases of TB.

In order to create one elimination goal across all of Europe, the first Eastern Partnership Ministerial Conference on TB and MDR-TB will be held in Riga, Latvia, at the end of this month.