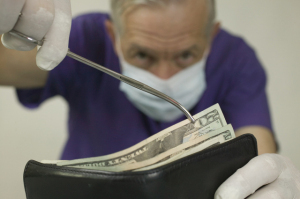 A lot of uncertainty revolves around the financial impact of ICD-10 implementation but a new study conducted by the Professional Association of Health Care Office Management (PAHCOM) brings some clarity to the issue. It surveyed 276 physician practices and found that the total ICD-10 costs for a small practice are about $8,167, which is much less than anticipated.

The transition to ICD-10 has been delayed three times to date. Most recently, it was supposed to occur in October 2013 but it has been pushed off until October 1, 2015.

Now physician associations in New York and Texas are urging their members to press Congress to push the transition forward to October 2017. The Texas Medical Association is encouraging its members to write to their representatives and explain that they cannot afford "the cost and disruption of ICD-10 implementation."

The survey asked the respondents questions regarding the cost of ICD-10 manuals and documentation, training costs, superbill conversion costs, software system upgrades and testing both already incurred and yet to be expended. Only practices with six or fewer direct care providers including physicians, physician assistants and nurse practitioners were included.

The respondents were also asked questions about the amount of time all staff members spent on implementation. It found that implementation took the practices about 45.5 hours per provider and cost them about $3,430 per provider.

The findings of this study are in contrast to a study conducted by Nachimson Associates and released by the American Medical Association last February. That study found that implementation can cost small practices between $56,639 and $226,105.

On the other hand, two recent studies also investigating the implementation cost for small practices had lower estimates than the PAHCOM study. A study published in the Journal of AHIMA looked at the conversion costs for a practice with three providers and found the costs to be between $1,960 and $5,900 and another conducted by the American Academy of Professional Coders found that practices with fewer than 10 providers had average costs of $750 per provider.