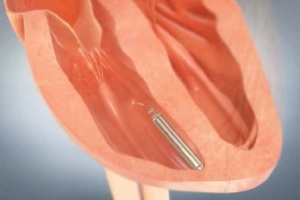 It can take up to an hour for a cardiologist to implant a pacemaker, but new pacemakers without leads are currently under investigation and will dramatically reduce that time. These new pacemakers even have the potential to reduce the risk of infection. But that’s just one example of the flood of new technologies rushing into the cath lab. Transcatheter aortic valve replacement (TAVR) technology isn’t new to the spotlight, but new indications are gaining a lot of interest.

Subcutaneous implantable cardioverter defibrillators (ICDs) are an exciting, new technology for use with younger patients and may even do away with intravenous ICDs for that population in the near future. But keeping up with all of this new technology has proven to be a challenge for cardiologists. Beyond that, they also have to contend with the changes health care reform is bringing to their practices, and ongoing radiation dose concerns.

HealthCare Business News had the opportunity to speak with Cleveland Clinic, NewYork-Presbyterian/Weill Cornell Medical Center and Duke University Hospital — three of the top cardiology hospitals in the U.S. — about these new technologies as well as the challenges the facilities are facing. The three also offered advice on how smaller hospitals can provide the top quality of care they do.

Technology coming down the pike
The introductions of Medtronic’s CoreValve and Edwards Lifesciences Corporation’s Sapien were the big news stories about a year ago, but the technologies seem to be stepping back to the forefront to address indications within a different patient population. The technology was approved for use in high risk populations, but now it’s being investigated for use in lower-risk populations.

“To date, all the published data for implanted transcatheter aortic valve is positive and promising," says Dr. Harsimran Singh, an interventional cardiologist at NYP/Weill Cornell Medical Center. "As with any newer technology, the million dollar question is whether the durability of transcatheter valves (either Sapien or CoreValve) meets the 10 to 20 year durability of surgically implanted aortic valves. If it does, then TAVR would become an option for even the lowest risk population.”

NYP/Weill Cornell Medical Center is currently involved in the PARTNERS II trial investigating Edwards’ Sapien for the intermediaterisk population. Singh says that so far, the rate of complications and outcomes seem to be equivalent to the rates for the high-risk population.
1(current)
2
3
4
5